From Maoist symbol to hipster accessory: Nepali shoes get revamp

Long maligned as the footwear of choice for Nepal’s Maoist guerillas, Goldstar sneakers are undergoing a revival in the Himalayan nation — fast becoming a must-have hipster accessory. The humble $8 trainers were worn by insurgents during Nepal’s decade-long civil war, when just being seen wearing a pair was enough to wind up in prison accused to being part of the rebel force. (AFP)

As stated by Indiatimes “Then, Goldstars were best known for cladding the feet of Maoist militiamen who waged a brutal insurgency against the state from their rural strongholds. The rebels earned a reputation for nimbly evading government forces, darting around the hills in military fatigues — and their distinctive sneakers.”Goldstar shoes, the shoes of combatants. Always one step ahead,” local punk band The Kathmandu Killers sing in a recently released track that taps into the enduring legacy of the brand from that era. The army eventually changed tactics, opting to starve the rebels out by imposing a blockade that deprived Maoist strongholds of both food and footwear.”They were trying to stop the lifeline, like food, but at the same time they were stopping the shoes as well,” Amir Rana, managing director of Goldstar’s parent company Universal Group, said.”

As stated by AFP “A popular #MadeinNepal movement has also put a premium on homegrown products and helped local businesses reach young buyers through social media where their goods can acquire a new appeal.”

Today the brand has become a must-have fashion item, and many have been proud to support locally made shoes including a popular Nepali youtuber/hip-hop artist Girish Khatiwada and singer/media personality Samriddhi Rai. 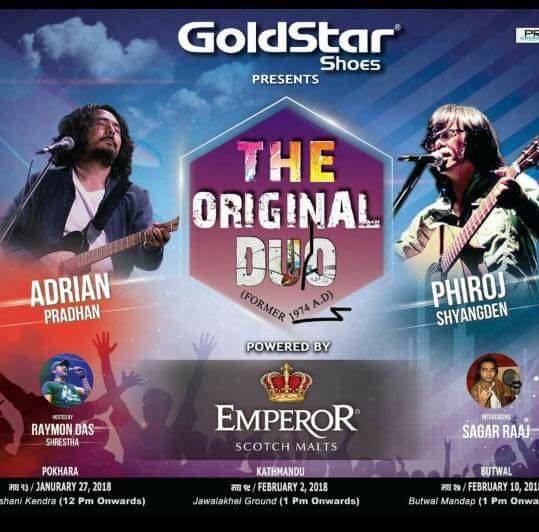