Border Dispute:Indian Media Shows Their True Colors Against Manisha and...

A dispute such as this hasn’t flared in my memory. Nepal did a gutsy thing, probably defying all Indian expectations, by releasing a new map of Nepal that is unlike any we have seen in our living memory. It shows the far northwestern corner of Darchula extending like a thorn. That thorn has sent the Indian media squealing like baby chimps. The Indian government has issued a statement denying the accuracy of the new Nepal map. Amidst this hula boo, Bollywood actress Manisha Koirala of Nepal has been caught in the middle for her tweet suggesting three countries need to amicably settle the issue.

Manisha Koirala, who made her fame and fortune from Bollywood career was caught in the middle and in the Indian media ire as well as social media backlash when she tweeted her view that India, China, and Nepal should settle this amicably through dialogue. In India’s eyes, this was like being a traitor. The gist of the response from Indians can be summed as thus: “Get out of India, you are ungrateful. India gave you everything. You must be indebted to India and denounce your own country.”

Of course, Manisha made an intelligent response to those criticisms. She stated the fact that she has merely sold her talent, not her nationality or country.  It is amazing that Indians would malign Manisha for working in Indian movies, while all these Indians dream of migrating to USA and settling there, if not in the corporate then own small store. There are millions of Indians working abroad in many nations, so by their logic, they must be loyal to the country where they work. However, some kind people have defended Manisha and urged people to thank her for the contribution to Indian cinema.

So, the first issue is why did the Nepal government do the unthinkable? We could say, its hands were forced. It has been receiving flaks for everything in recent times. Its corrupt ways even amidst covid-19 crisis, indigestible political maneuvering to break opposition party, alleged kidnapping by prominent figures, and worse still, the announcement by India of its inauguration of the road to Manasharovar, China through 19 km of land claimed by Nepal. Nepal’s government was caught flat-footed. It is not a surprise at all. It is always caught off guard with things relating to India. 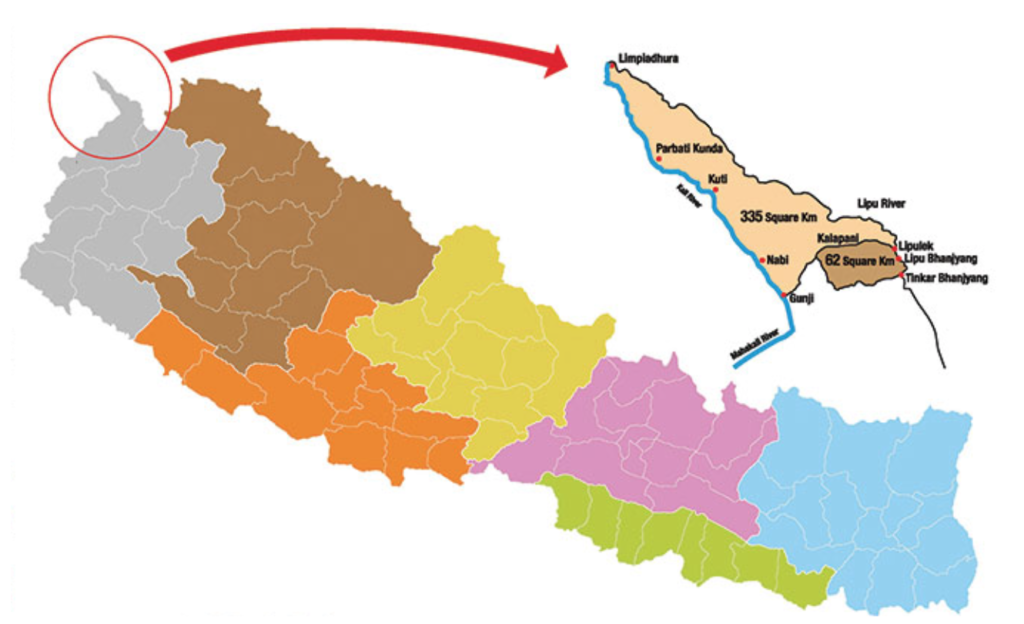 It has been evident time and again that Nepalese political rulers act more like stooges of Indian interest than its own citizens or land. Independent scholars have credibly argued that all the politicians are controlled by India and without Indian blessings none can become ministers or prime ministers in Nepal. Consequently, we have witnessed, with disgust, how silent Nepali leaders remain when it comes to excesses and abuses that the Indian government hurl at Nepal. Border encroachment and abuse of Nepalese in the border areas, or submersion of thousands of acres of Terai land by illegally constructed dams along the border are a normal routine. However, the outrage over the government of Nepal’s ineptness and Indian “don” attitude crossed its limit. If anything is not acceptable to Nepalese, it is the Indian hegemony over the borders and its myriad whimsical adventures.

When the line was crossed, Oli government found a good way out from all its misery. After all, it must keep a vivid memory of the blockade politics of 2015 that catapulted Oli government into a second wave of power. It was the stance of that blockade that made Oli very popular and was swept back to power in the last election. Similar scenario has now returned and it was a golden opportunity to revive the same old trick. Who is to say all this is not staged? So Nepal has done its part collecting all the historical evidence that the newly shown area actually belongs to Nepal. India, on the other hand, disputes that Kalapani and Lipulek belong to Nepal. It has occupied that area since 1962 and that is proof enough for it to hold its claim–however illegal and laughable it might be.

Indian media is throwing a hissy fit. There is no such thing as an independent or objective Indian media. It is commercialized sensationalism at best. We became witness to Indian scholars arguing how Nepal is seeking war with India, and how Nepal’s claim is bogus without ever managing to present their evidence. It was all jingoism. There was a stark difference between the Indian and Nepal sides. Nepal spoke with proof, India spoke with spoof.  We in Nepal are well aware of Indian media that acts more like a “Ketu,” meaning being without a head. Its aim is to provoke its audience, take liberties with the truth, and spread tabloid culture through mainstream media. That is exactly what it has done in the current affair. It has even hinted that Nepal is doing all this as the subterfuge of the Chinese government. They fail to note or be outraged at all the abuses of Indian border police of Nepalese locals, and this year even Nepal police personnel were attacked by the Indian citizens trying to enter Nepal.

What we can understand, or need to understand from this episode are these:

1.      Standing up to India is beneficial to Nepali politicians. It covers all their other shortcomings.

2.      Indian Media is a sensationalizing machine acting as a news portal.

3.      India is a neighbor, not a friend. It is by its deed a thug that resorts to dominance, violence, and intimidation. Take note of all the people it has put in its payroll in Nepal to keep them quiet, blockade during the post-earthquake recovery phase, assassination of the royal family, harboring the Maoists for a decade to wage war against Nepal, and a multitude of border encroachment at whim, just to give a few facts.

The crucial lesson that we all need to live by is that India is no well-wisher of Nepal and seeks ways to always undermine Nepal’s effort to develop or rise in the world. So, it is up to Nepalese to wake up and take charge of their own destiny, never having to rely on India for anything at all. Nepal’s government has neglected its own people along the border regions so it is of the highest priority that Nepalese all support each other, especially those along the border because they are the best defense against the evil designs of the southern menace to Nepal. The only way to deal with India is through the Indians who are respectful of Nepal and understand the common cultural heritage and core principles of Vedic identity.