Nepali Beauticians Rally at the Capital, Calling for the Reopening...

On Tuesday, Nepali beauticians from Kathmandu, Bhaktapur, Patan and Kavre came out for a demonstration at Maitighar Mandala demanding that they be allowed to reopen their salons, and institutes.  The rally was organized and led by Kamala Shrestha of “Saundarya Kala Byawasayi Sangh Nepal.” 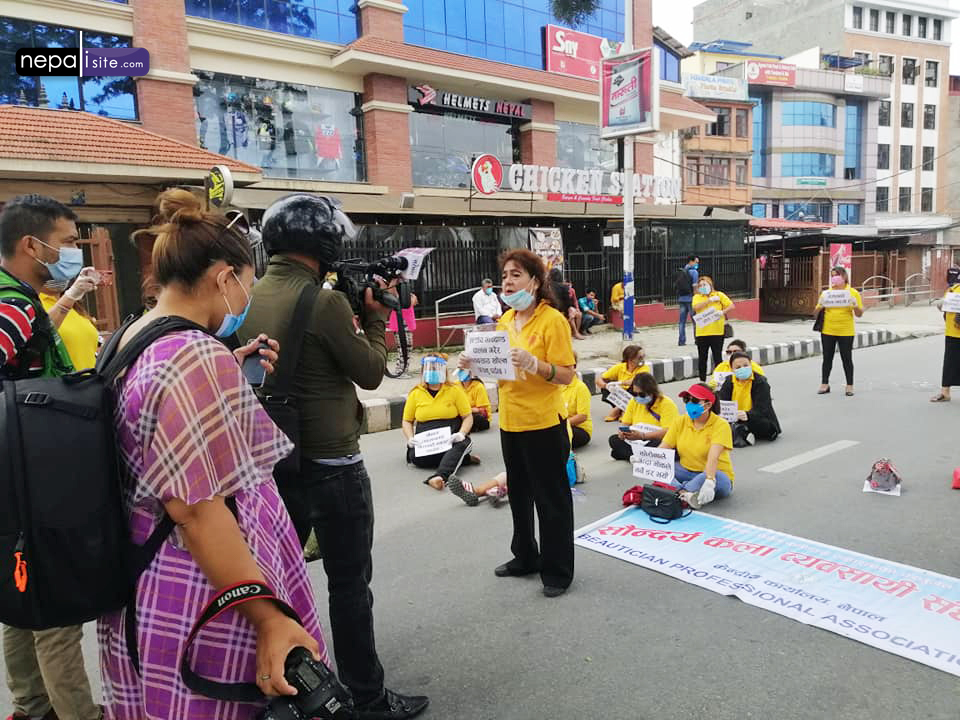 It will be hard to find any sector of society that is not agitated at the government. After six months of lockdown, prohibition and curfews across Nepal initially by the central government, then in the second phase by the local government, life for Nepalese across the country have become increasingly hard.  As the economic activity has completely come to a stall, survival has become impossible if the current situation continues.

Since the government has done nothing more than to issue prohibitory order and closed down everything, all the people associated with the cosmetics and beauty industry has fallen into hard times. Most of the people in this industry are women who have been forced to live a hand to mouth existence from this policy. 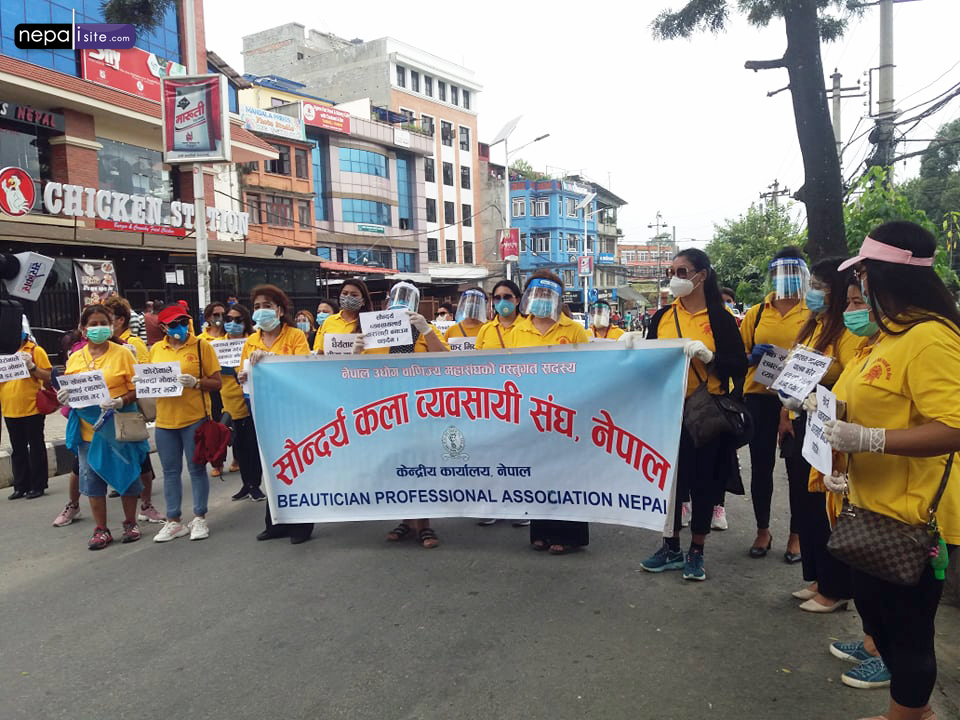 Government has offered no relief in the payment of rent, interest on their loan, salary for the staff hence they have been compelled to manage by any means possible, like borrowing, pawning their ornaments and other items. They started their business with similar measures but things have become so bad now that they have no recourse left but to hold a nationwide demonstration and strike. 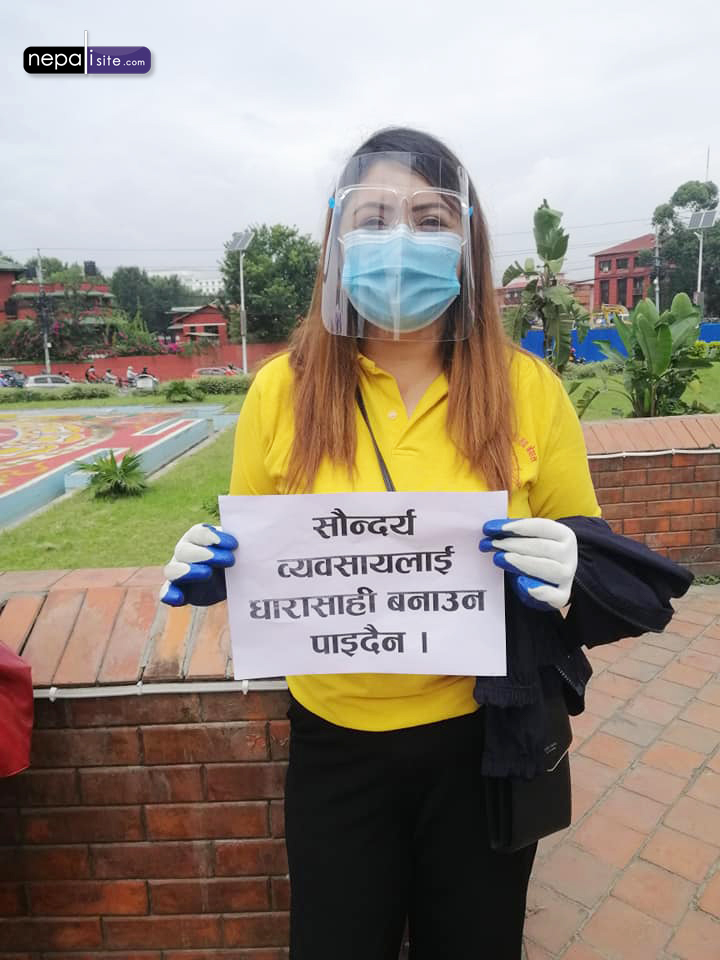 Backed by the Federation of Nepalese Chamber of Commerce & Industries (FNCCI), president of BPAN Kamala Shrestha requested the government for the salons to be open with safety measures.  She also issued a statement that they are ready for nationwide strike to help the manpower in the industry, if their demand is not fulfilled. 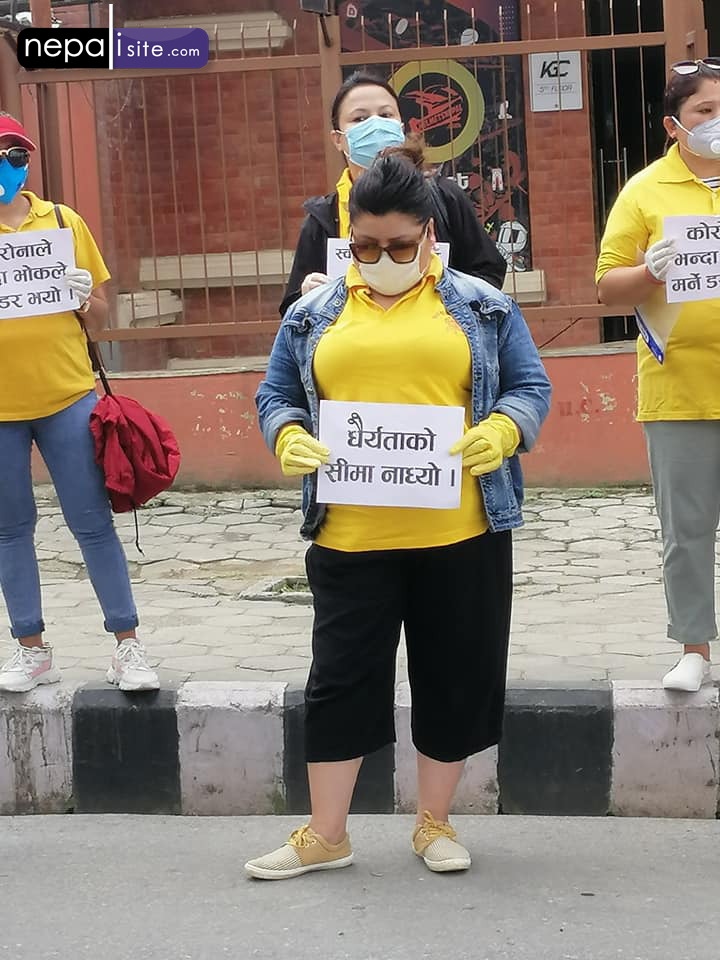 Lockdown has been eased all over Nepal and now travel across districts will resume from Ashoj. Tourism sector has also decided to resume their work so international flights will resume by mid-October. 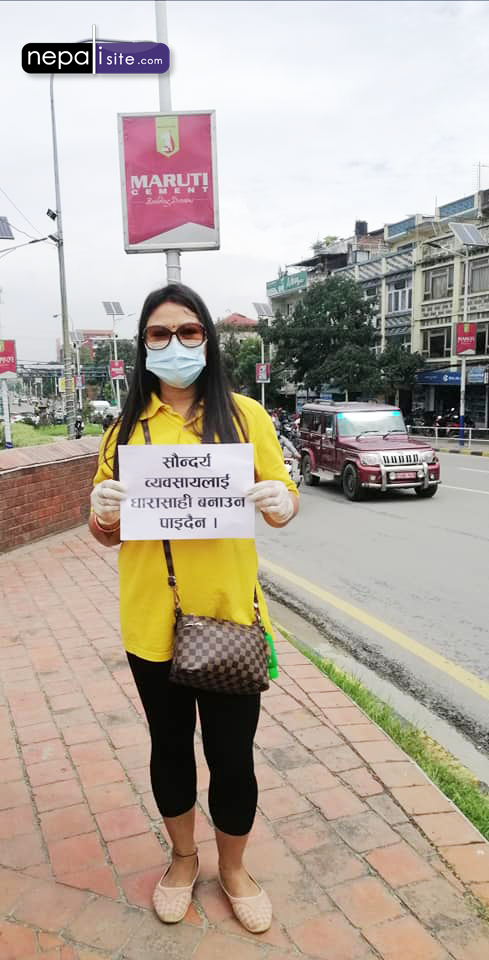 Just to give a simple example of the level or desperation and disagreement in Nepal, here is a news from today. A landlord in Kathmandu killed his tenant over the rent issue. You can take it as a sign of outrage people of Nepal are feeling right now, having to live like animals in cages. If they decide to strike like the landlord, it will not be a pretty sight. The aggregation of small incidents across Nepal has morphed  into a view of the present government and leaders that is not kind. The retaliation could come and not in a half-haphazard way.

Below are some photos from the peaceful demonstration. 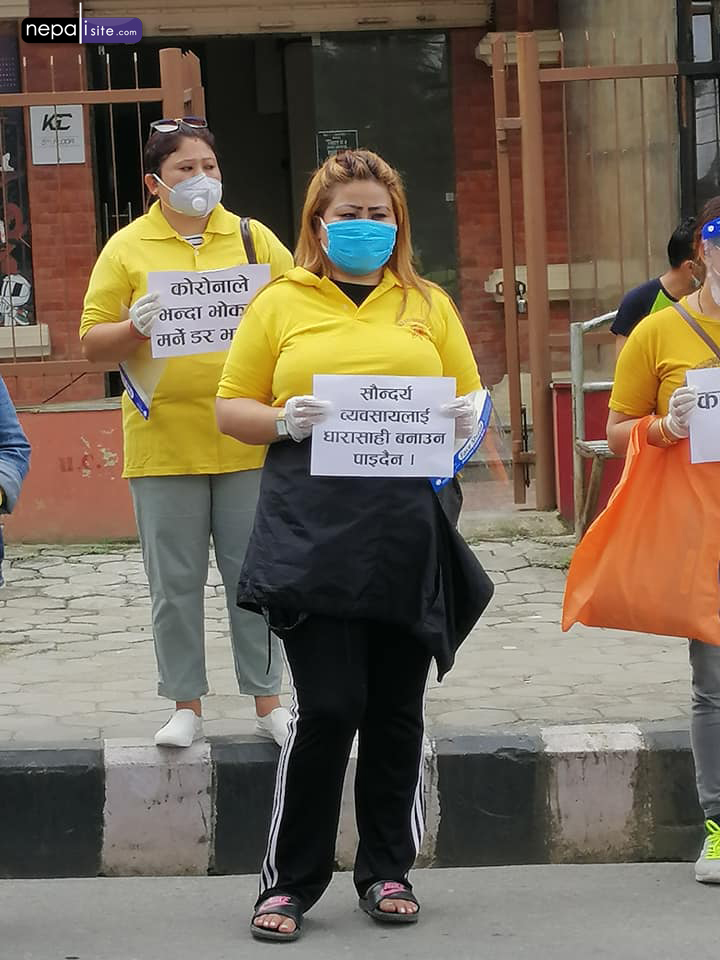 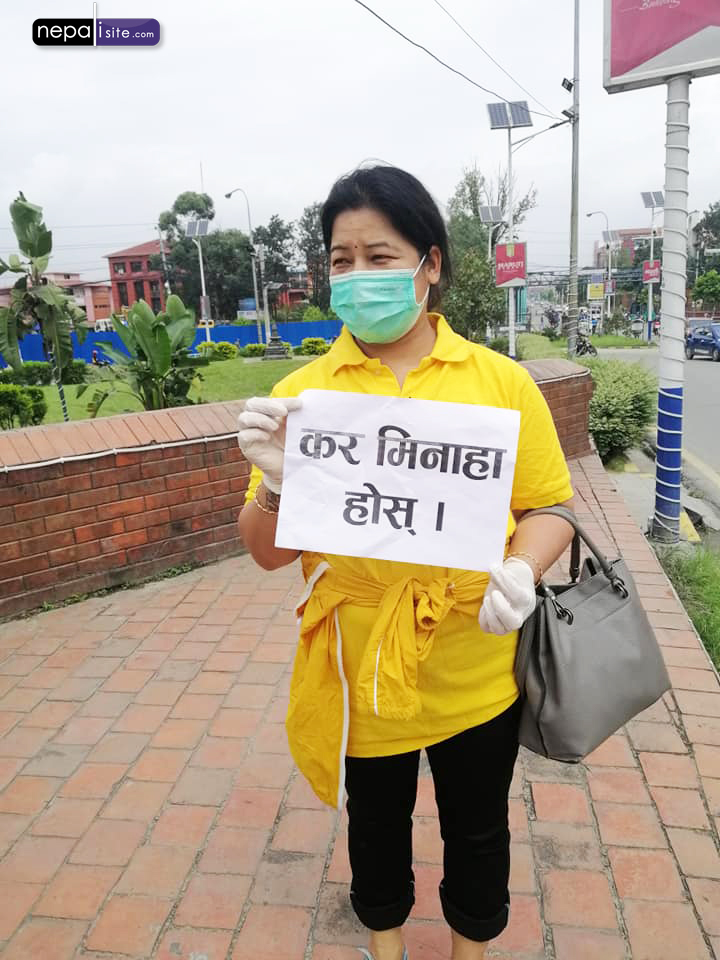 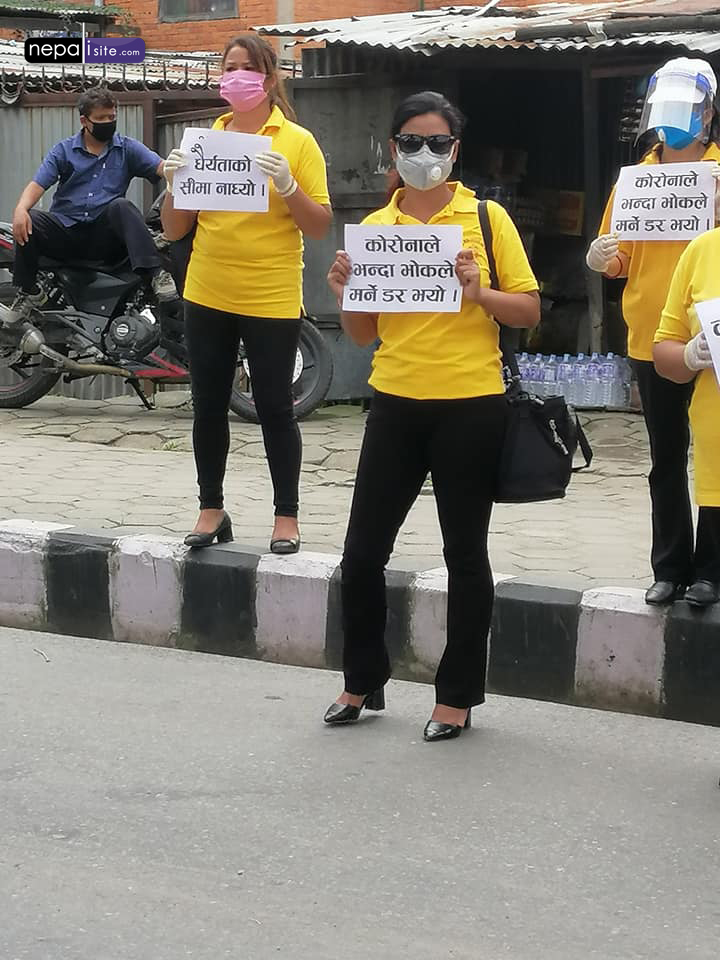 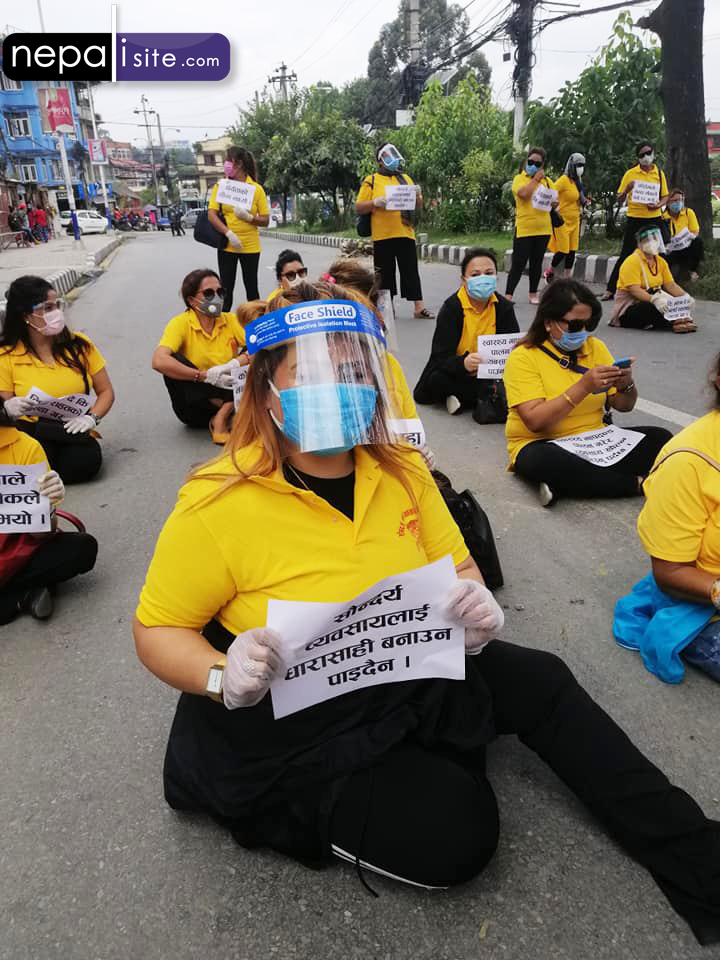 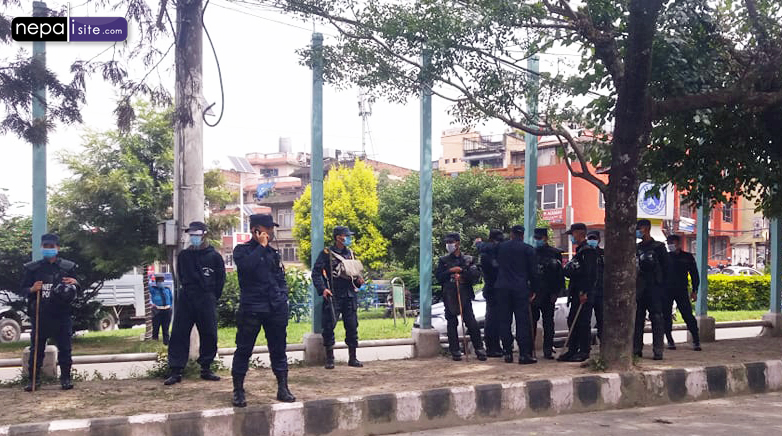 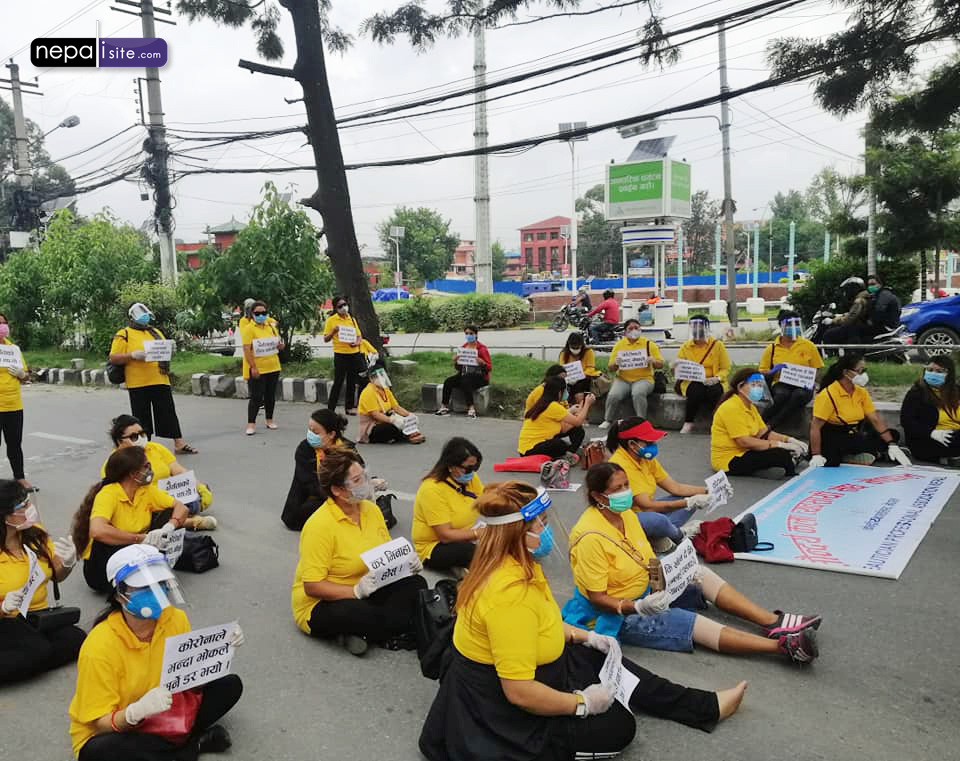 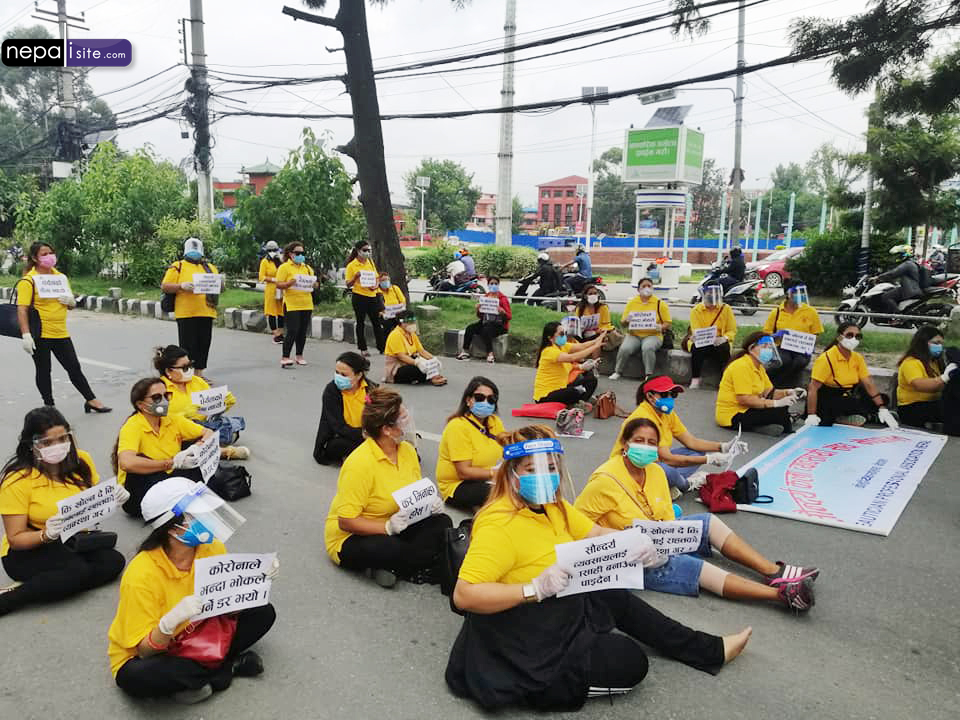 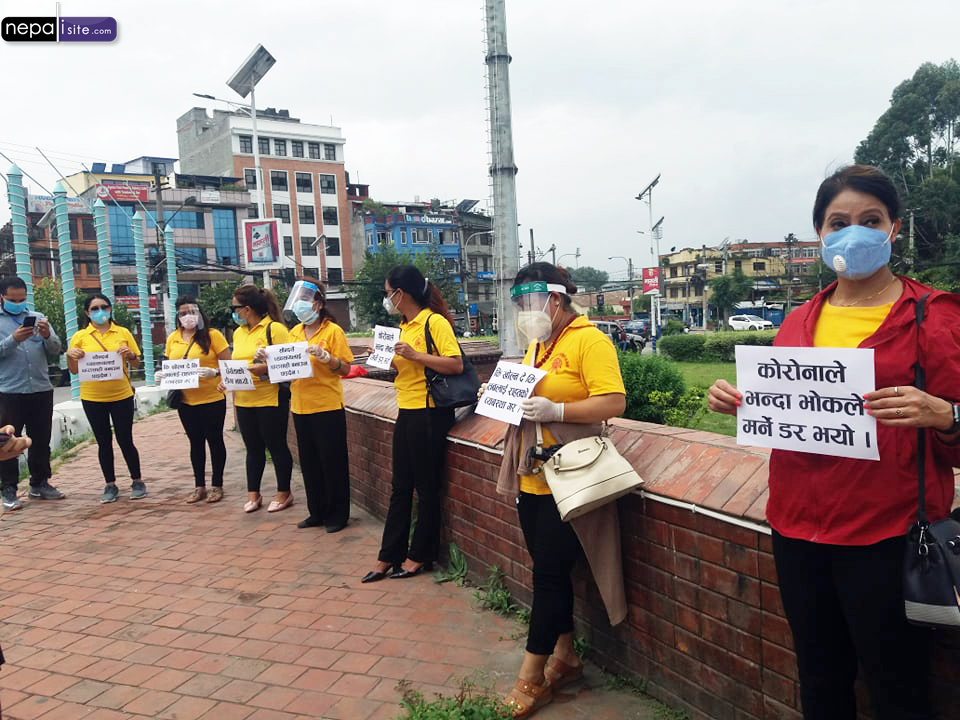