Thousands of camera traps help conservationists track Nepal’s wild tiger population, which has nearly doubled in recent years as the big cats claw back from the verge of extinction. On the frontline of the painstaking survey are trained locals in western Nepal’s Bardia National Park where tiger numbers have grown nearly five-fold.

Chayan Kumar Chaudhary flicked through photographs captured on a hidden camera in the jungle, hoping his favourite big cat—dubbed “selfie tiger” for its love of the limelight—had made another appearance.

Thousands of camera traps have helped conservationists track Nepal’s wild tiger population, which has nearly doubled in recent years as the big cats claw their way back from the verge of extinction. 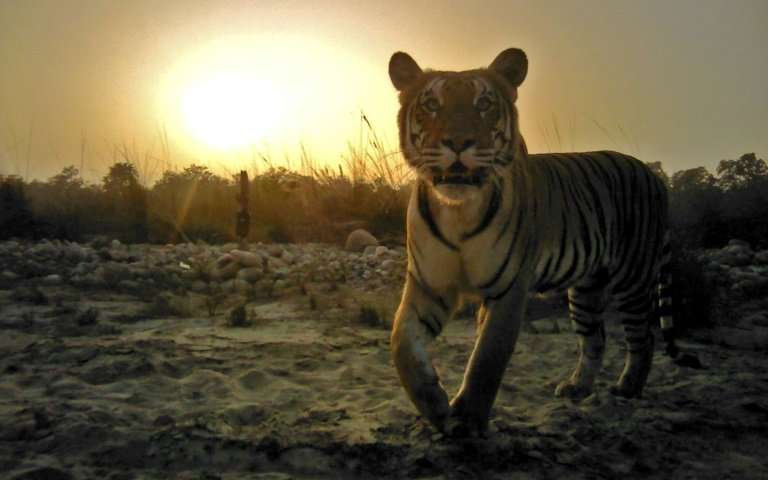 After a nine-year push to protect tigers, an exhaustive census across 2,700 kilometres (1,700 miles) of Nepal’s lowlands completed earlier this year revealed the population has grown from 121 in 2009 to an estimated 235 adult cats today.  Read the rest of this news article at Phys.org.