Kalpana Maharjan Becomes The First Ever Journalist To Climb Everest...

Kalpana Maharjan of Nepal becomes the first ever journalist in the world to climb Mt. Everest from both Nepali and Tibetan sides, Rabindra Maharjan of Experience Outdoors Nepal told Nepalisite.

Kalpana associated with Megha Television, and a mother of young son made it to the summit from Tibetan side on May 23rd at 10:20 AM. 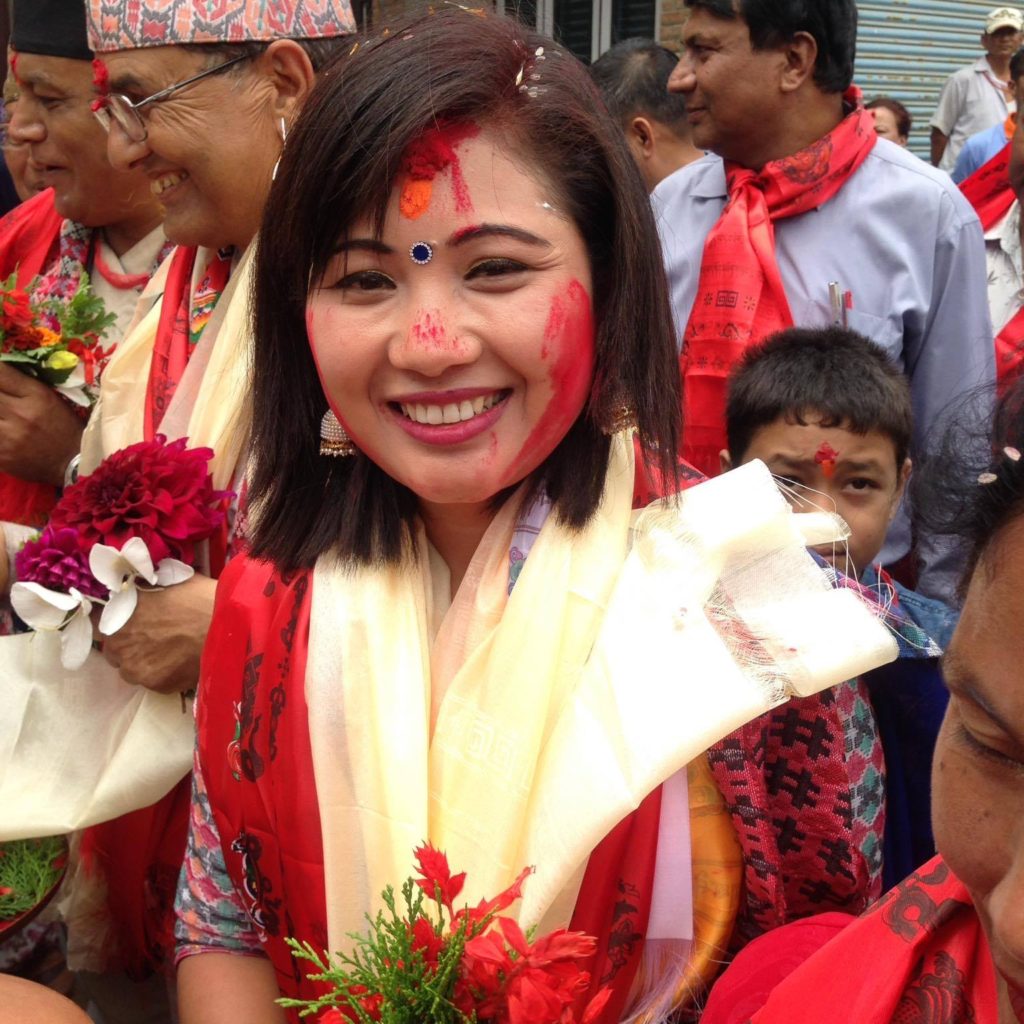 Coincidentally, she climbed Mt. Everest from Nepali side on the same day a year earlier in 2018. Due to the fact that she managed to reach the summit on the same day both years, Rabindra Maharjan of Experience Outdoors Nepal is saying they will be claiming this achievement as a Guinness Book of World Record.

Rabindra Maharjan Shares this news in the video below (in English). Scroll below for Nepali Version

Rabindra Maharjan Shares this news in the video below (in Nepali).

Kalpana who climbed this time with a special message “Back to Everest: Campaign Against Child Marriage” was guided by 5 time Everest Summiteer Sonam Lama. 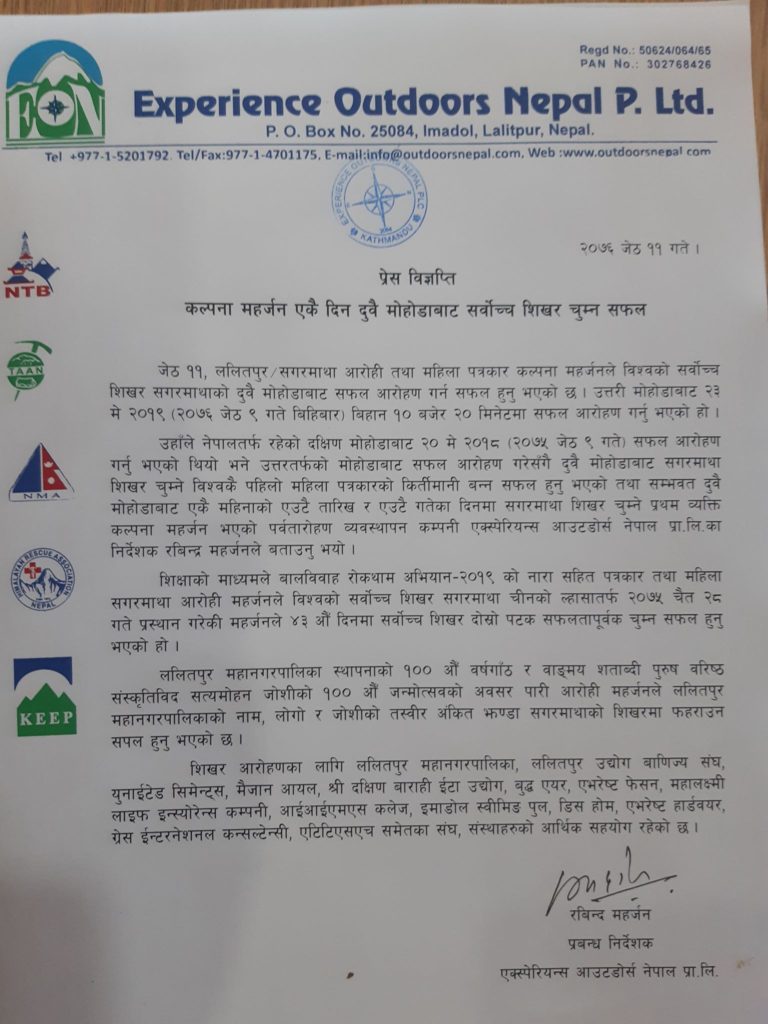