Nepal is the third-fastest-growing economy in 2017

These are the fastest growing economies in the world

As stated on World Economic Forum website, Nepal has projected growth of 7.5%. According to the World Bank, “Nepal’s growth has rebounded strongly following a good monsoon, reconstruction efforts after the 2015 earthquake and normalization of trade with India.” 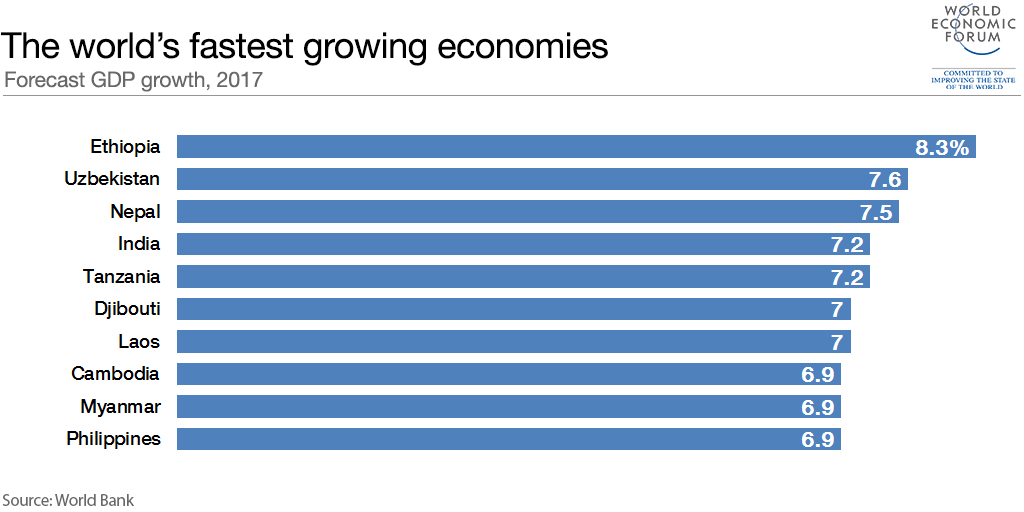 According to the World Bank, below are the top 10 fastest-growing economies in 2017 :-