by Nepalisite 6 years ago5 years ago

Beauticians, women entrepreneurs, and others from Kathmandu, Bhaktapur, Patan and Kavre participated at a Protest rally at Maitighar in Kathmandu on Wednesday (June 14th, 2017). The rally was organized and led by Kamala Shrestha of Saundarya Kala Byawasayi Sangh Nepal demanding justice for 21 year old Beautician who was reportedly gang-raped in Aurahi Rural Municipality-2 in Mohattari district on Sunday evening.

According to the report, 21 year old victim was returning home when such brutal incident took place. According to DSP, Deepak Pokharel, the victim was taken to the hospital for medical examination is under police supervision. 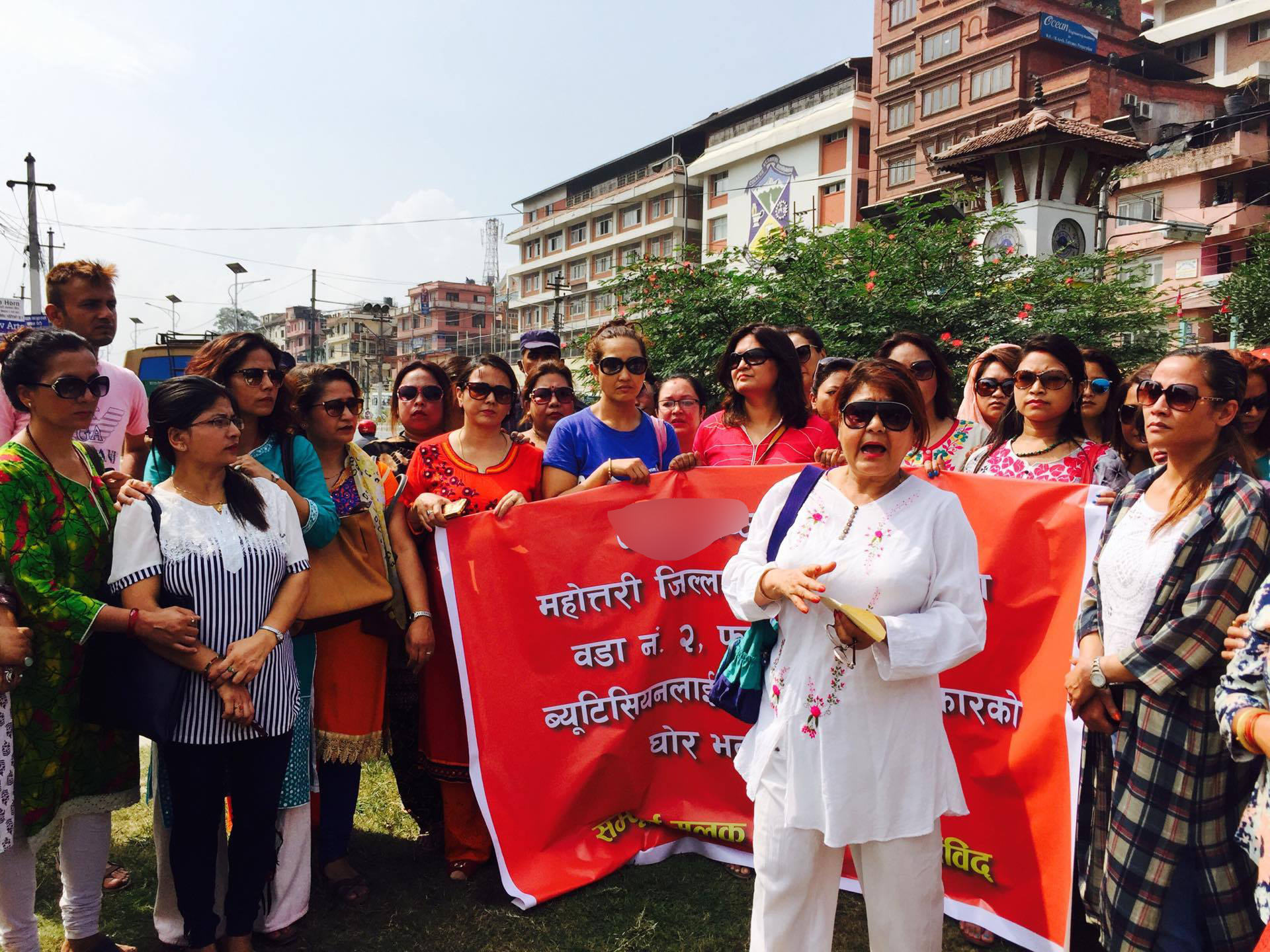 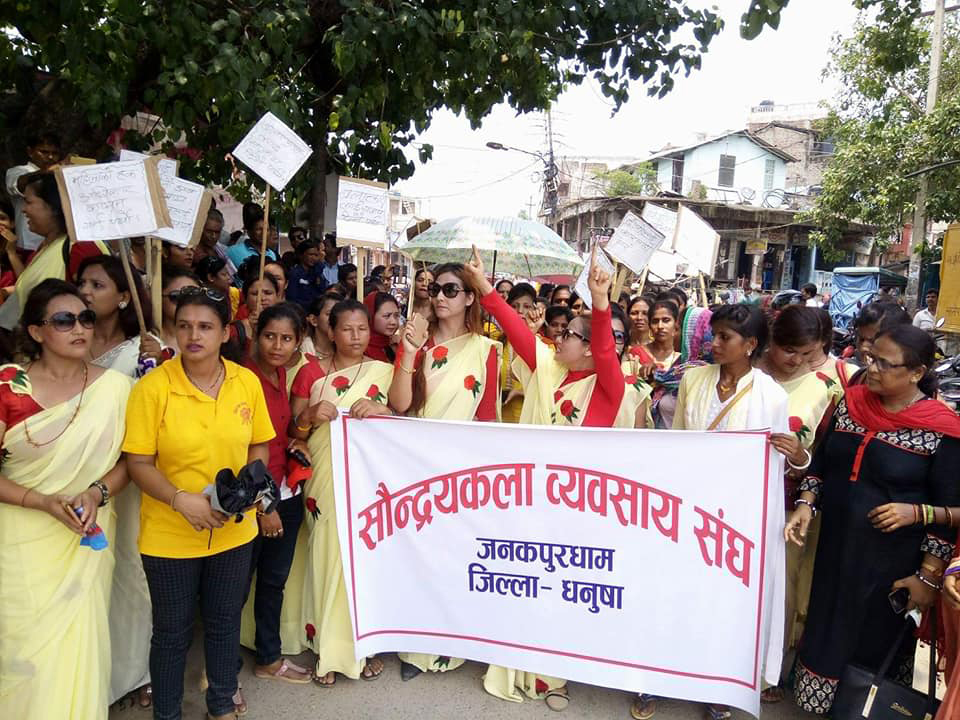