On Feb 23rd some renowned rock bands of Nepal will pay tribute to Kurt Cobain (Nirvana), an artist who has been the poster boy for Grunge for nearly 25 years now.  Cobain would have turned 52 years today.

The Tribute To Cobain will be held at the newly opened LOD – Lord Of the Drinks and will feature Albatross, Newaz, KickAss and Good Bad & The Band. The first edition for the Tribute To Cobain was an unplugged concert at Ti Amor in 2014, since which the man behind this tribute show Satish Sthapit has continued the tradition of paying homage to one of the most influential cultural icons of the 20th Century.

Spirit X paying tribute to Kurt Cobain with “Come as You Are” at Tiamo in Kathmandu in 2014. 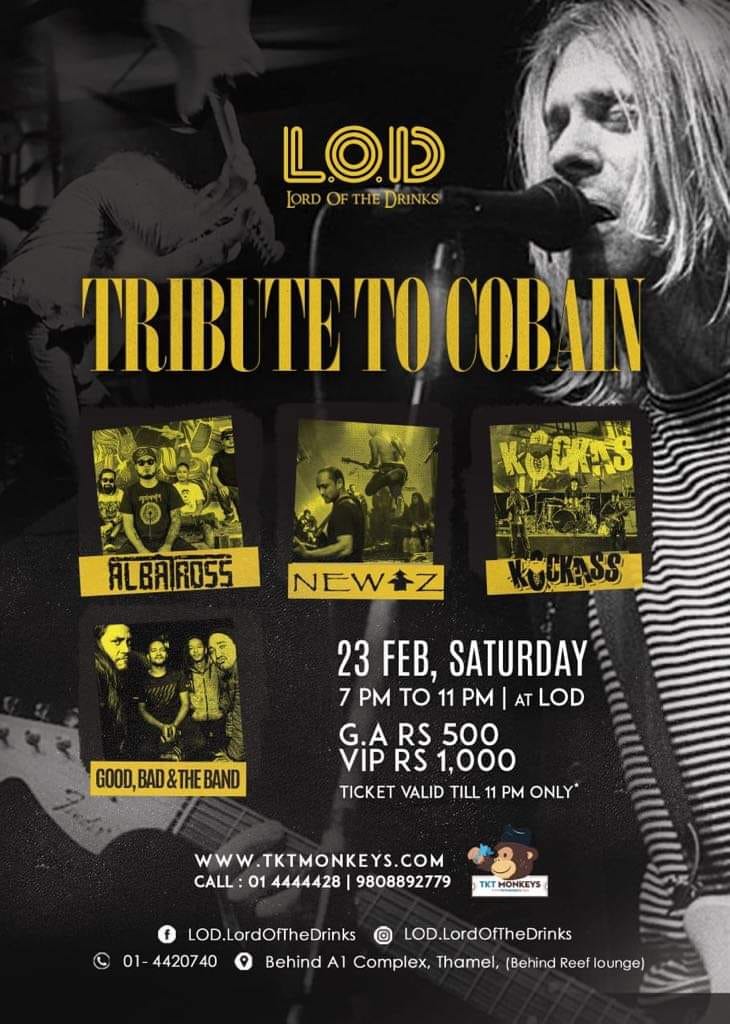