5 Reasons Why Some Nepali Americans Might Be Supporting Donald...

In less than a week, Americans will vote for their next president, following four years of the Trump administration in office. Former Vice President Biden’s long history in the political scene puts him in a good standing to win the election, according to the recent polls released by the “fake” media.  Even though every election is touted to be the most important election in a voter’s life, this one in particular, truly lives up to the hype.

The events proceeding the election will be a nail-biter for many. Trump has criticized the alleged “rigging” of the election, claiming that if he loses, he will not accept the results of the election. (September 23 News Conference) This is a pretty daring argument, and one that may result in potential disputes, including Trump’s refusal to commit to a peaceful transition of powers. All the signs are pointing to a Constitution crisis for the US for remaining days of 2020.

According to the traditional wisdom, the first choice of immigrants who have settled in the US, and received citizenship, is the Democratic Party. They are known to be all-inclusive and open to immigration, and have pushed for a more harmonious and accepting America. They are also the women-friendly party. However, there are always exceptions to every stereopetype. Although it might appear counter-productive, there are many immigrants and non-Whites who support White Supremacist, anti-immigrant and America-First Politicians. Nepalese are no exceptions. 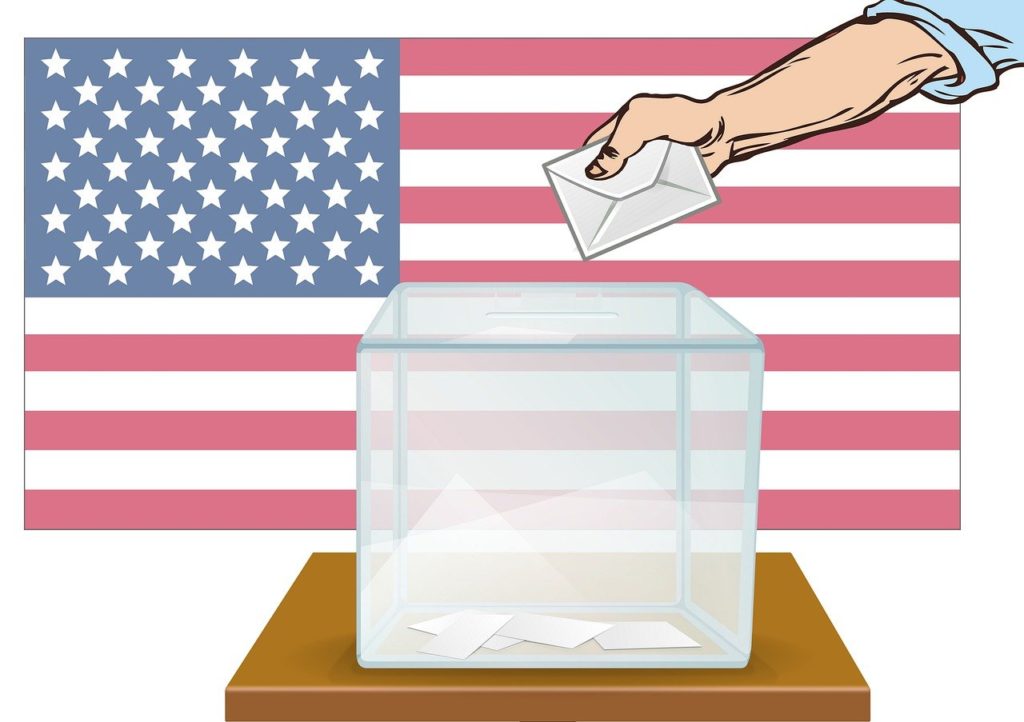 Based off some news reports, casual chats, and online social media interactions, here are five potential reasons why some Nepalese might be supporting Trump this year.

1. Those who are living in rural American or Republican areas, are bound to be influenced by the dominant political make up of their community, and may feel safer and better off when they “blend in”.  As they may not have the necessary intellectual background to understand the intricacies of American politics, they are likely to be swayed by their milieu.

2.  Nepalese who support Trump may be married to Republicans, so their spouses are going to be a key factor in shaping their views and voting behavior in the elections (if they bother to ever vote). This situation specifically applies to those Nepalis who are married to Natural American-born citizens. If the spouse is a naturalized Nepali citizen, then the situation may be a bit different. One Nepali in Gerogia married to a Trump supporter, often had hard time with his spouse. He made it a habit to leave the room when the conversation turned to politics.

3.  Trump supporters in general, really idolize Trump. To a query posted in a forum, an avid Trump supporter responded strongly in this manner: “What I support is strong military, control government funding, limited law and regulation, law and order, immigration based on merit etc. All are republican agendas (and Trump). That’s why I support Trump.”

Obviously people come in many spectrums and it is not surprising that some Nepalese might be conservatives and genuinely side with the Republicans. In the same manner, a New York based Nepali argued that an “American first”policy must be supported.  He is impressed by the personality of the president and feels that as he is not a career politician, he is in politics not to take, but to give to the American people. He whole-heartedly supports trump. Some even think of the current president as a visionary and a man of his word.

4 . Nepali Trump supporters may think that Democrats are weak, and compare them to Nepalese politicians, who rely on their integrity and Nepal’s resources to outside interests. This group believes that choosing Biden, and the Democratic party in general, will make America “not-so-great again”. So, self-interest and the illusion of grandeur, seem to compel them to side with the current administration.

5. In a question posted in a Nepali forum, one respondent shared his insight: “The logic behind their support to trump is nothing but a result of jealousy.”  The explanation was that these Nepalese Trump Supporters are simply self-centric, with no political agenda of any kind. They believe that Trump will restrict more immigrants from entering the US, which benefits the existing immigrants here, as they will not have to share the subsidized food stamps, and other federal benefits, with any new-coming immigrants. Hence, this will ensure security that they continue to receive the benefits.

Other reasons worth mentioning are Machismo, and Tax Cuts.

Some Nepalese might see him as a “macho man.”  “Those supporters see him as forceful, unapologetic and a symbol of economic success.”

Tax Cuts: Some Nepalese businessman have also come forward with their support for Trump.   Nepali (owner of several gas stations) said, “Trump gave us money during the pandemic and helped save our business (gas-station) by letting us open. The virus is a hoax and will go away once the election is over. Biden is going to tax us more and give our money to those that don’t work as hard as we do.”

It is clear that the Nepali population does not want to be stereotyped. Even the Nepalese who reside or have reached the US, come from a wide range of backgrounds; therefore, there will obviously be a wide range of opinions and world views. Some are genuine admirers of Trump, as they do see the farce that is related to his strict immigration policy. For instance, he is discouraging illegal immigrant, and those who start claiming benefits right after they arrive. Then, there is the lengthy process of asylum-seeking and their H1B visa being abused.  I am personally aware of a Nepali who does not even have a third-grade education, but managed to pay a lawyer for an asylum status, and is well-settled now.

The adamant fans of Trump believe him to be a visionary leader, who keeps his promises, and says exactly what’s on his mind. He is far better than the Nepali leaders, who are generally clueless about world politics.

All these just prove one thing. This discussion seem to tell more about Nepalese than American politics.