Securities and the organizers were forced to shut down “Nepal Idol” concert in Columbus, Ohio on Feb 9th,2018 due to disruption caused by some of the concert goers.  According to a concert goer Nikita Kulu,  the crowd went wild while Nishan Bhattarai was performing, and many went to the stage and tried to take selfies with the performer.

Despite warning from the organizers, the activity didn’t stop, and thats when the security stepped in to stop the show.  People were told to leave the venue.  Police were also called in to control the crowd inside and outside the venue.  Helicopter could also bee seen hovering around.

Unfortunately, the Nepal Idol show had to be shut down due to disruption caused by the crowd.

Posted by Nepalisite.com on Friday, February 9, 2018

Nikita also told us that the security was inadequate, and she thinks that there should be some kind of barricade to prevent anyone from the floor to walk up to the stage.

Nepal Idol US Tour 2018 is underway with top 3 contestants – Buddha Lama, Nishan Bhattarai and Pratap Das.  The show in Columbus was organized by Humanitarian Organization for Philanthropic Enthusiasm (HOPE), a tax exempt 501 (C) (3) Nonprofit Organization. in association with MazzakoTV.

According to the organizers, the main reason of organizing “Nepal Idol Musical Nite” is to raise funds with a goal to build a Community Center for the betterment of the Bhutanese/Nepali community living in central Ohio. 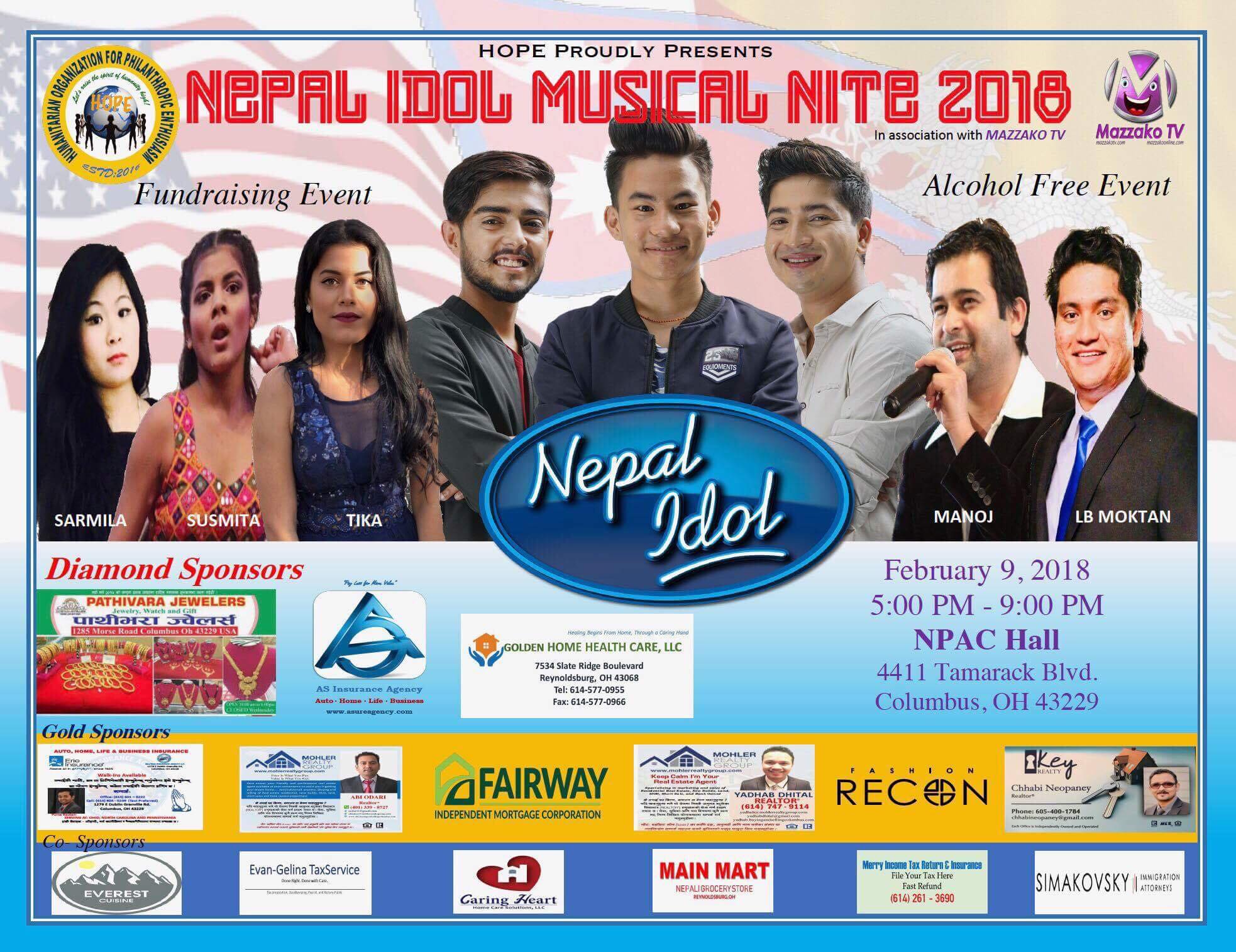