16 Amazing photos of Courtyards of Patan Museum through Fisheye...

Photographer “Photokichuwa” have been loving his fisheye lens ( Samyang 12mm f2.8 ) and took some amazing shots of the exteriors of Patan Museum.  A fisheye lens is an ultra wide-angle lens that produces strong visual distortion intended to create a wide panoramic or hemispherical image.

Check out these amazing shots of courtyards of Patan Museum through Fisheye Lens.

Originally established by Srinivasa Malla in 1666 and later renovated in the 1730s and 1850s, Mulchowk is the heart of Patan Darbar and the hub of its ritual activities. 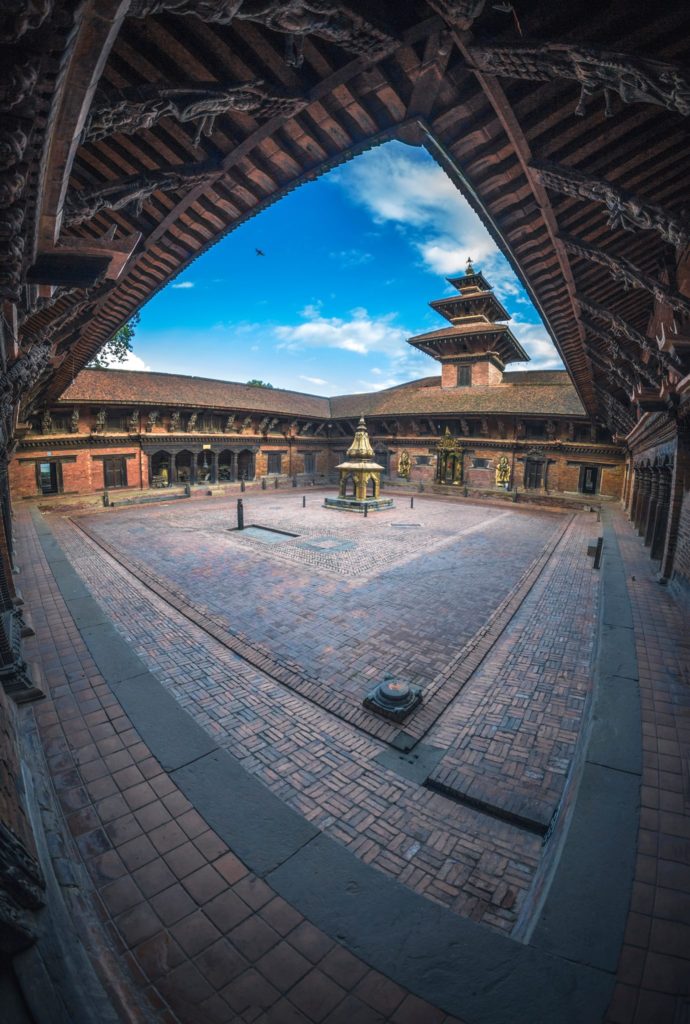 The courtyard features historic tile paving from the 17th century.  The Golden Doorway marking the entry to the Taleju shrine inside Mulchowk is a fine example of the metallurgical arts of Patan. 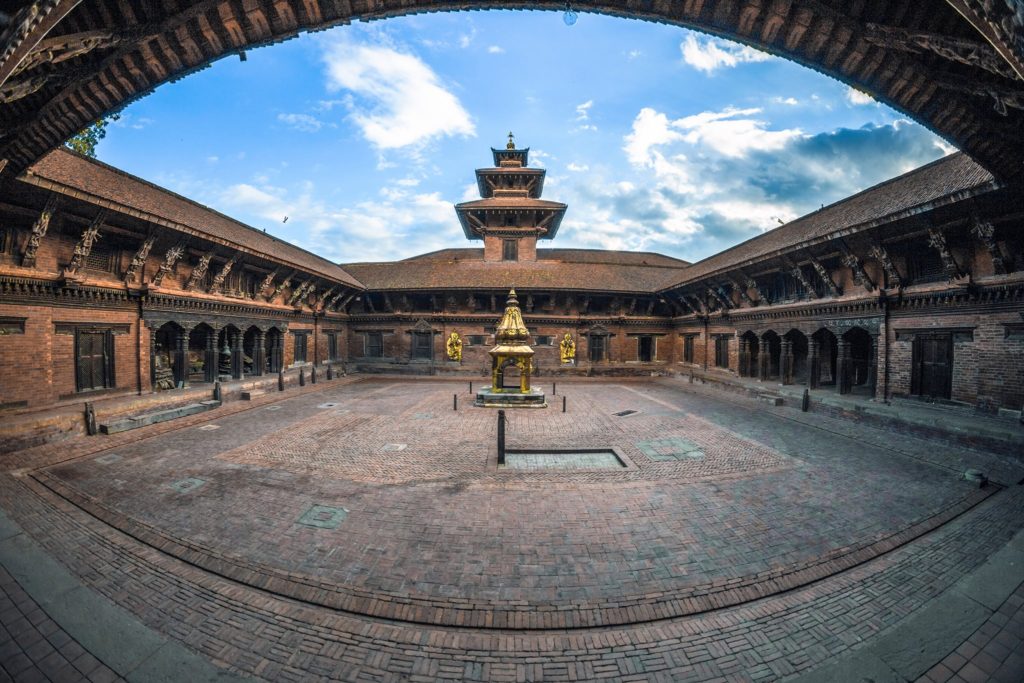 This magnificent quadrangle with its large open courtyard is almost twice as large as the adjacent Sundari Chowk and slightly larger than the Mulchowks of Kathmandu and Bhaktapur. 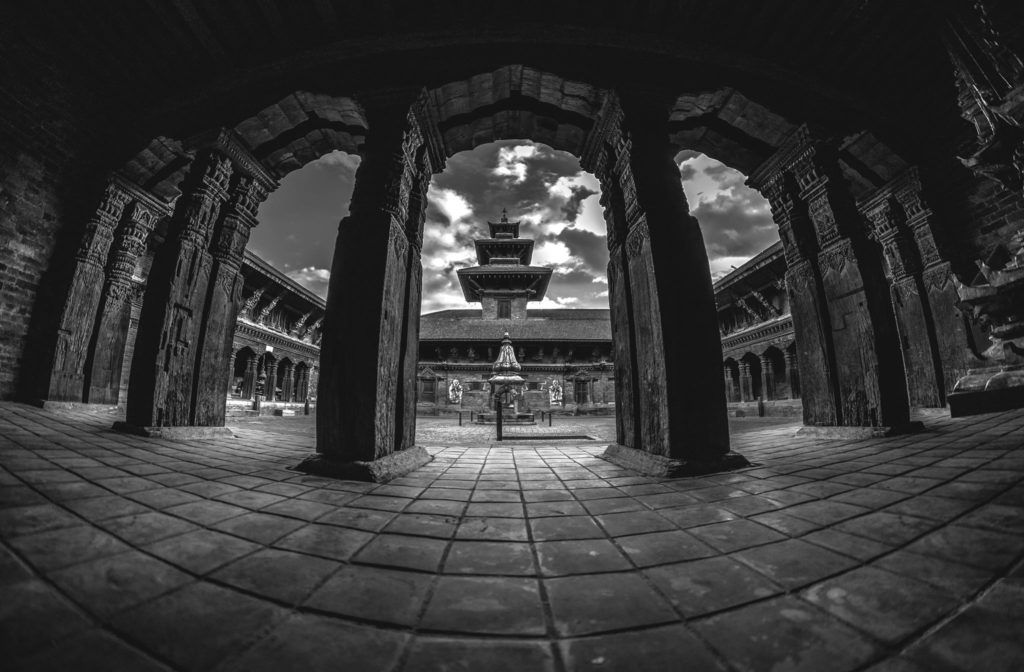 This exceptional three-storeyed courtyard marks the southern edge of the Darbar at the main crossroads of Patan. 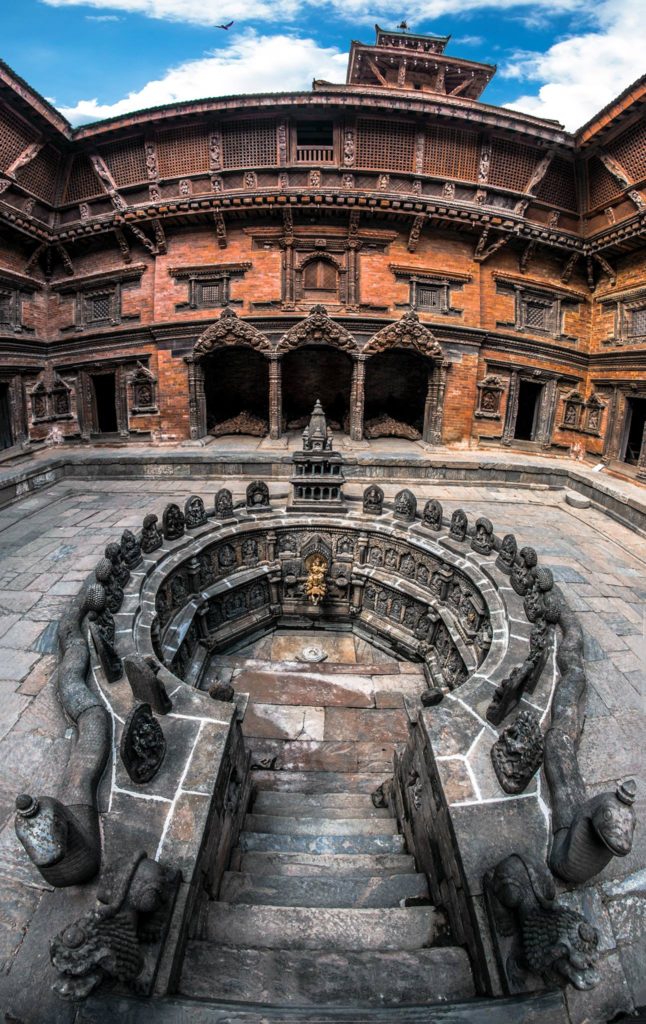 Originally constructed as a two-storeyed courtyard building in 1628, Sundari Chowk has since undergone a series of interventions, retaining stylistic features from various time periods. 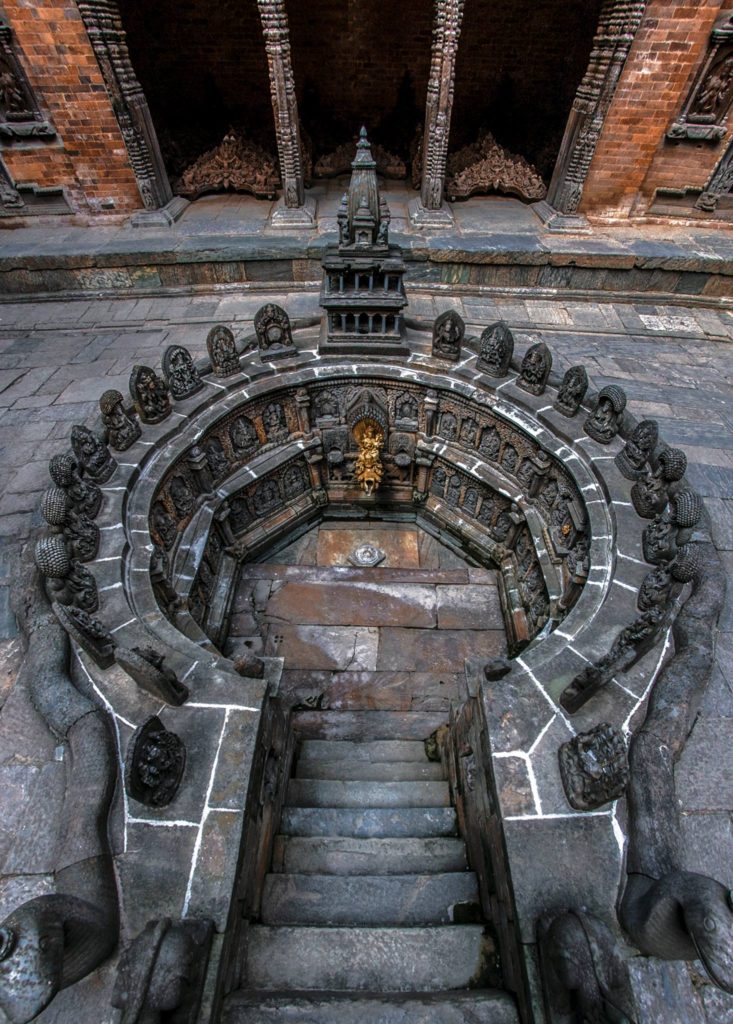 In the 1730s, the building received an additional floor, distinctive triple-bayed windows, and a screened gallery overlooking the courtyard. The eastern façade, reconstructed after the east wing collapsed in 1934, contrasts starkly with the rest of the building for its lack of ornament and use of ordinary brick. 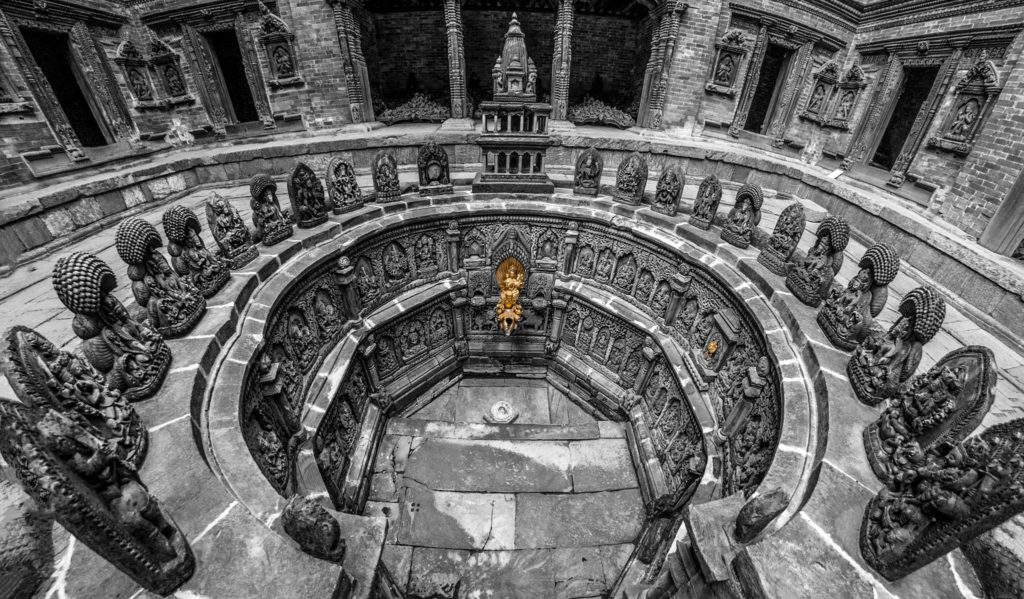 The fountain is furnished with a gilt bronze spout supporting an image of Laksmi-Narayan on Garuda. 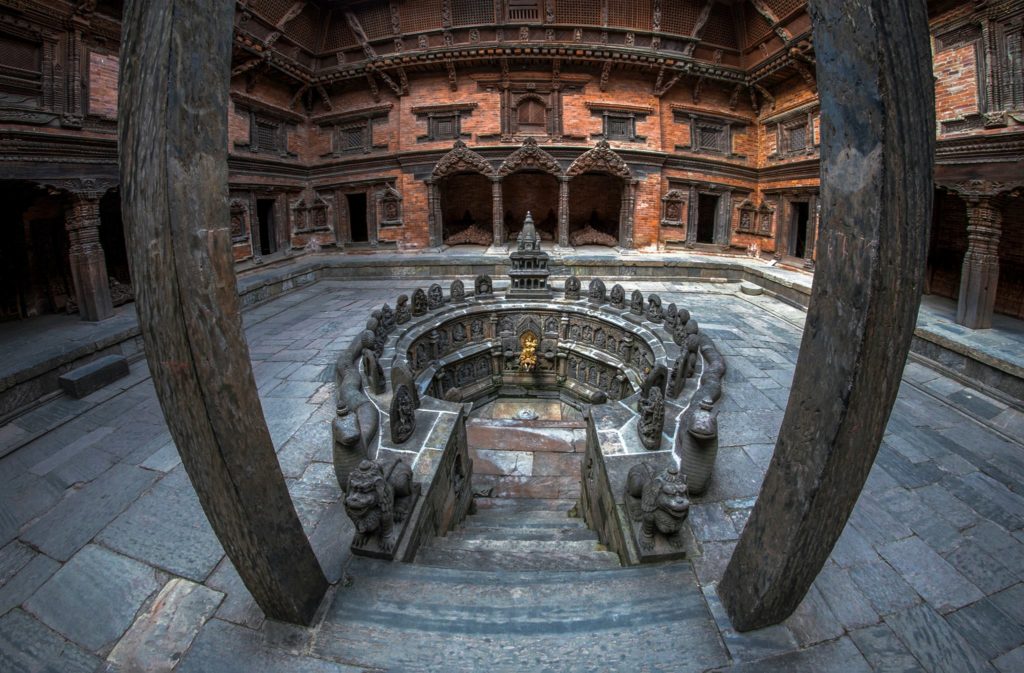 Its retaining walls are divided into registers of niches, each of which is fitted with a tantric divinity carved in stone or gilt metal. A miniature stone replica of the Krishna Mandir sits on its main axis, and a protective serpent encircles the brink. 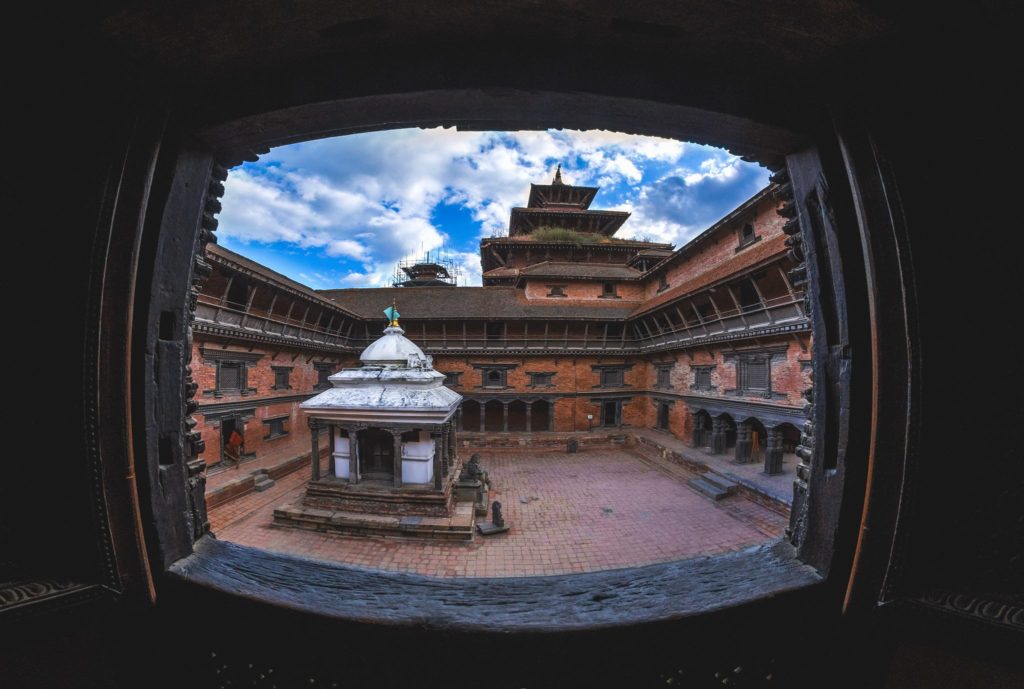 Keshav Narayan Chowk is one of the precious heritages for Patan Museum, restorted after 15 years of hard work. 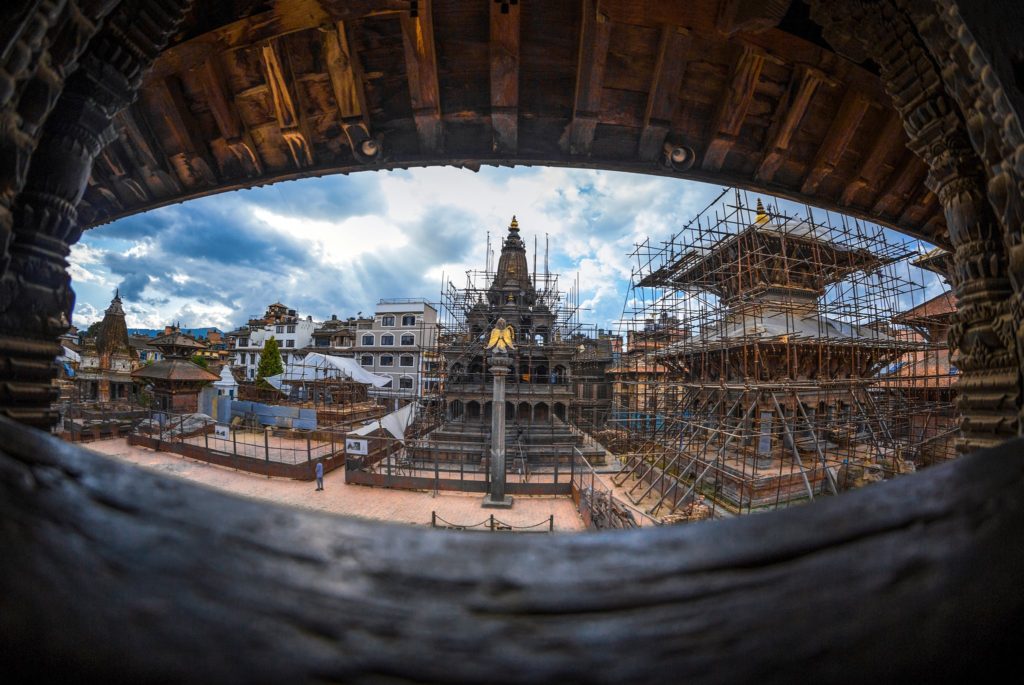 In 1982 the Austrian and Nepalese governments launched a project to restore and renovate Keshav Narayan Chowk, with the Austrian government providing the funds.  Thanks to Eduard Sekler, an Austrian architectural historian at Harvard University for his preservation effort. 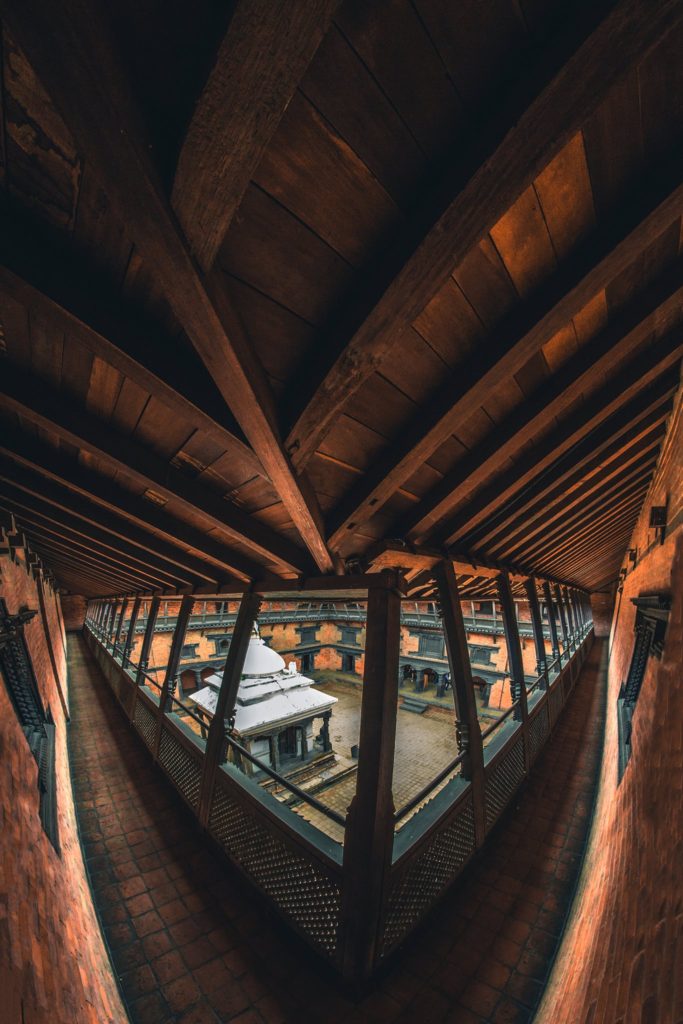 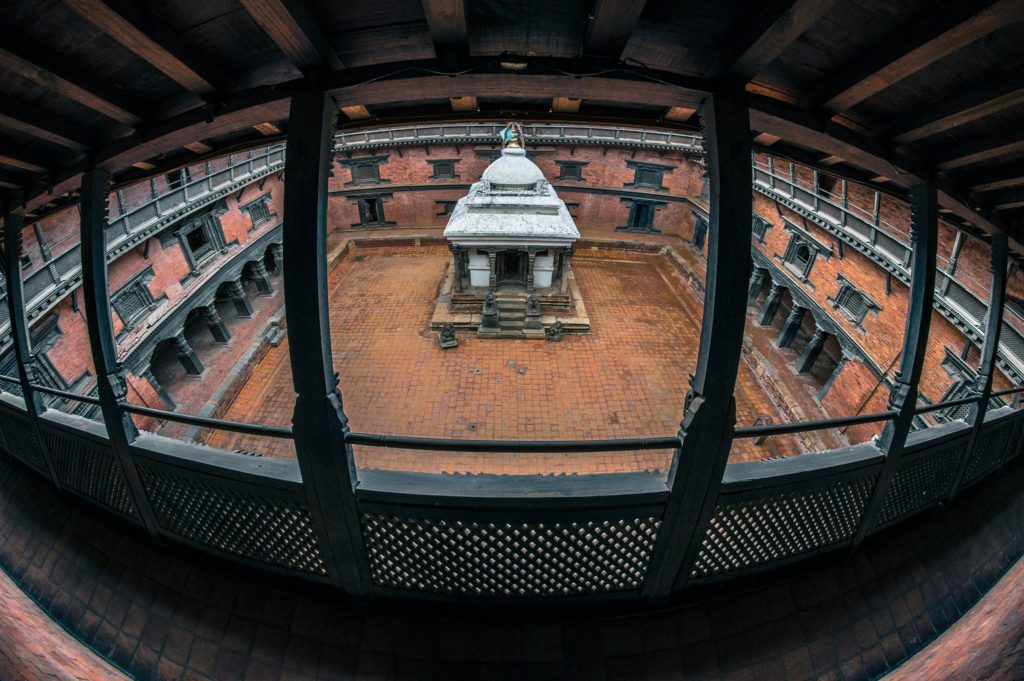 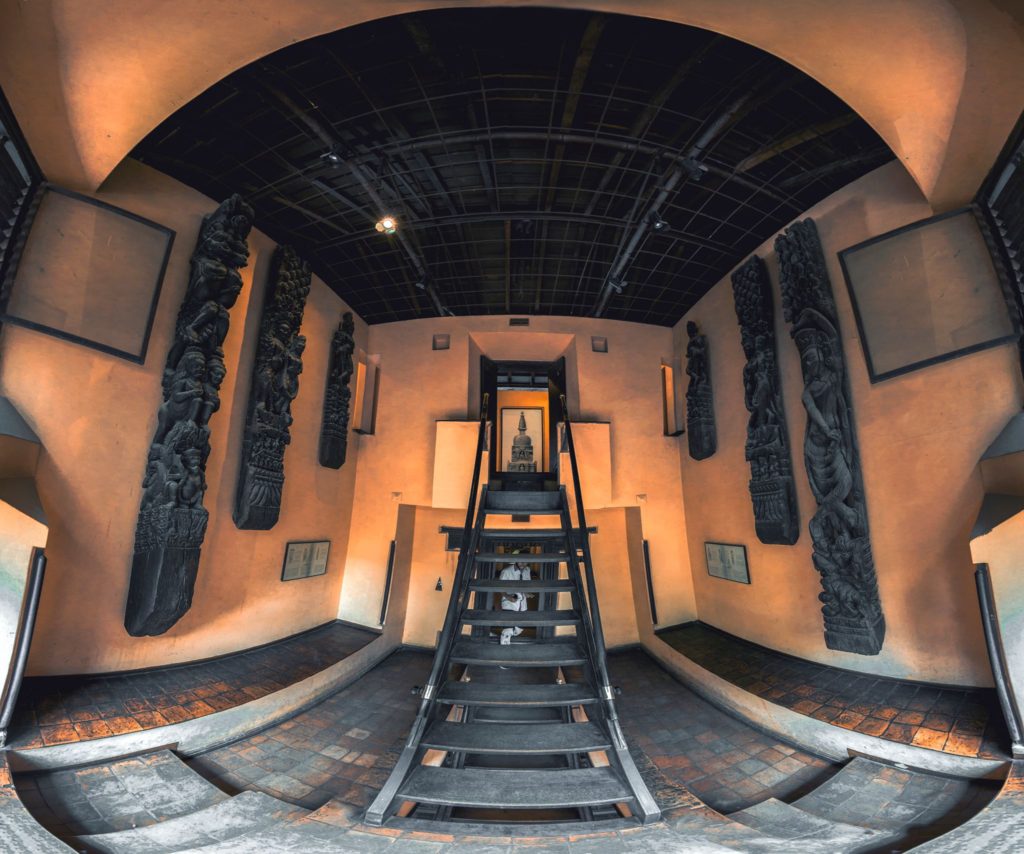 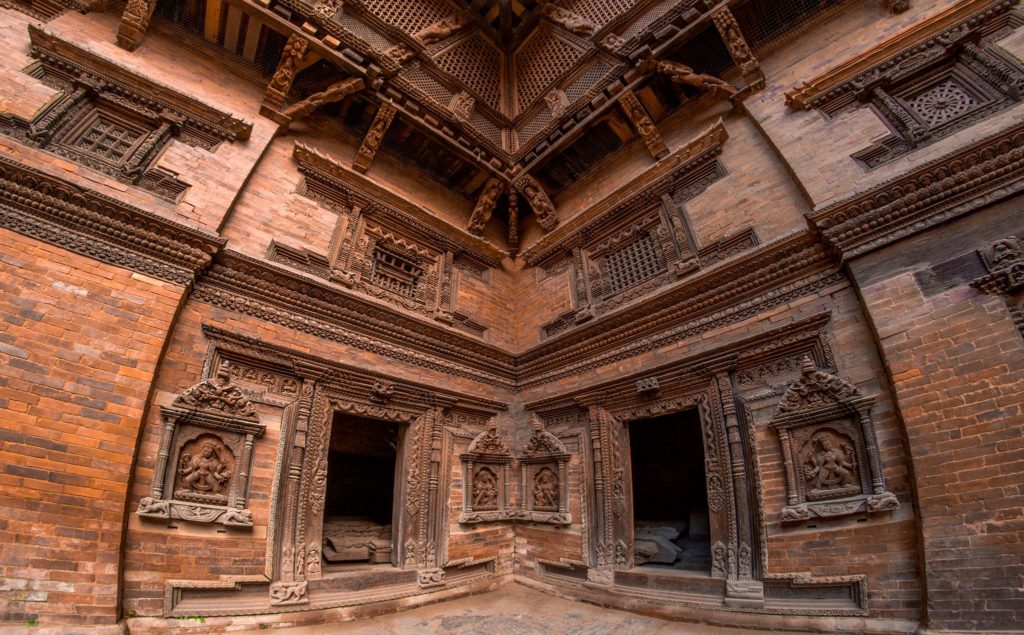 The focal element of the garden behind the palace, the Bhandarkhal water tank was built in 1647 by King Shiddhi Narshimha Malla, as the main water storage facility for the Darbar. 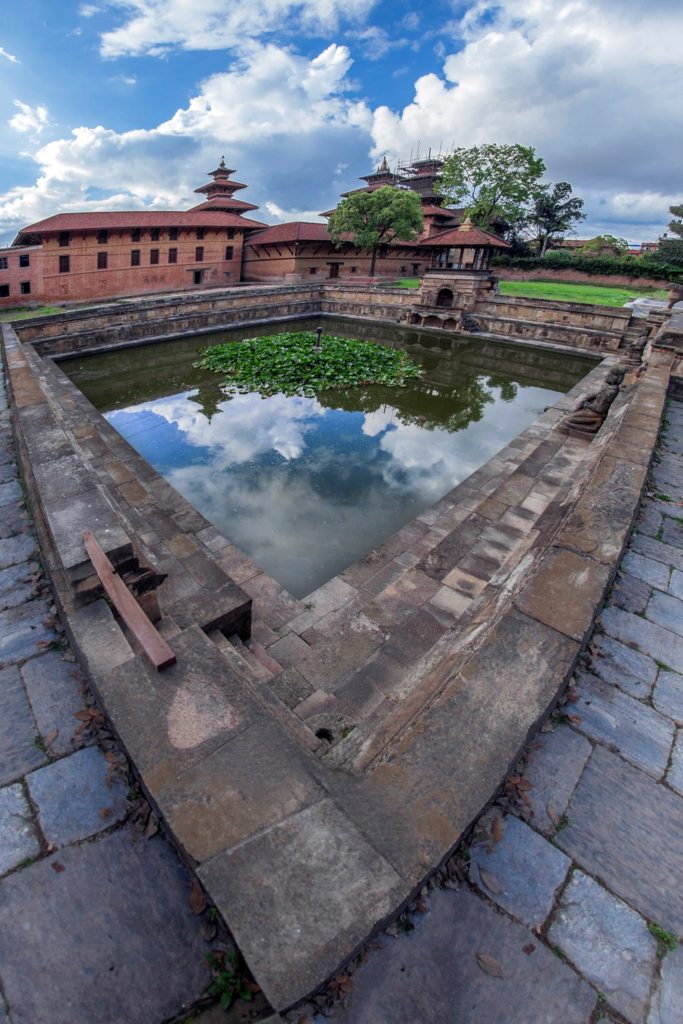 The architecture of the tank incorporates a meditation pavilion, a stepped terrace, two stone lions, a carved stone spout, and relief carvings dating to the 17th century. The tank is connected to Patan’s historic water infrastructure, channeling groundwater from nearby sources through terracotta channels. The tank had dried up and was in ruins until extensive restoration in 2012. 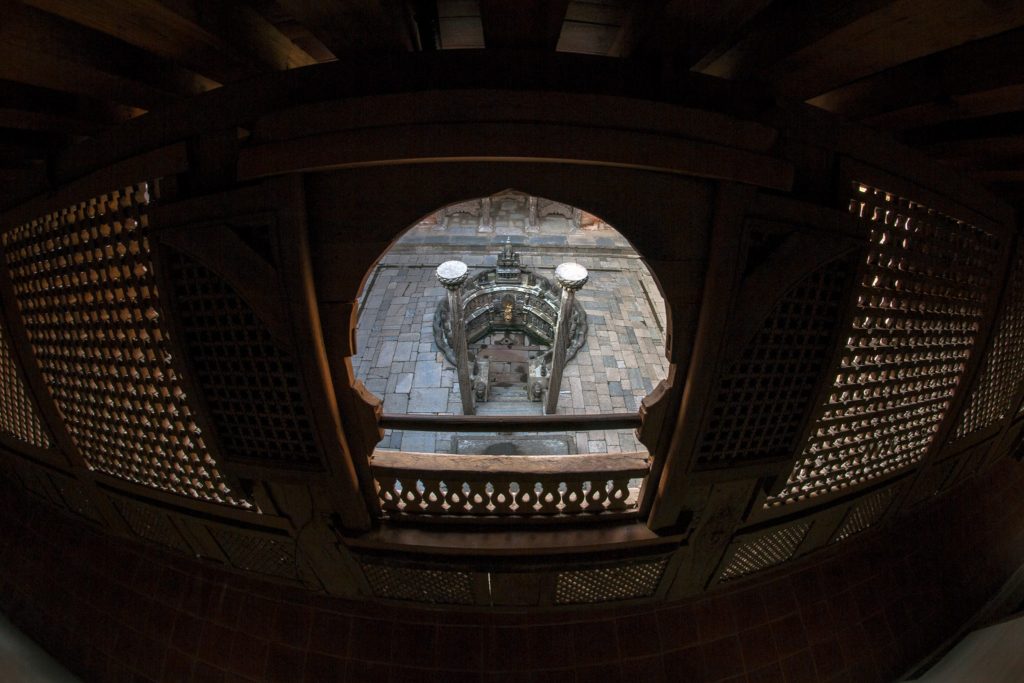 Another view of Sundari Chowk. 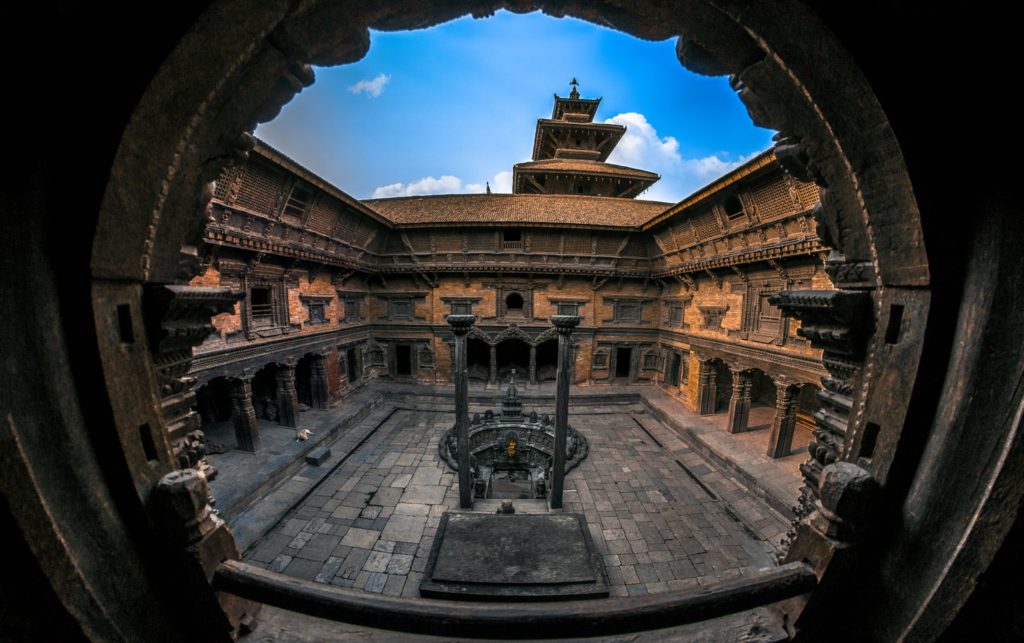 All text and description is courtesy of Patan Museum with minor changes/edits.

You can read more about Patan Durbar and Museum at their website.