Paltan Ghar:The Basnyats Are An Important Family In Historic Nepal...

Amidst the systematic chaos of Ason, a door camouflaged by the busy shops goes unnoticed by many passersby. PaltanGhar, that once stood in its entire splendor now looks like any old structure; the only people who notice the 72 engraved troops are either tourists with an intense curiosity or anyone who is already familiar with it. After you know such a structure exists, it is impossible to walk through the streets of Keltol without taking a glance at it.

After two decades of battle, Prithivi Narayan Shah captured Kathmandu and moved into the capital along with his subordinates where he resided at the Hanuman Dhoka Palace. After the last of his conquest on the west, Abhiman Singh Basnyat was promoted to Kazi and returned to the capital to build Man Mandir, which also known as Tilanga Bhawan. Abhiman Singh was given the land as a gift for conquering Kathmandu.

Paltan Ghar was built in circa 1833 BS (approx. 1776AD). Abhiman Singh Basnyat supposedly conquered Kathmandu with 72 soldiers hence you can see the engraving of these soldiers marching forward as a tribute to those brave 72, who led him towards victory. Abhiman Singh Basnyat resided one of the inner chowks while the anterior building, (the actual PaltanGhar) was used for the accommodation of soldiers for his protection; which is how Paltan Ghar got its name. 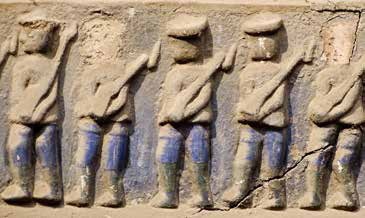 Paltan Ghar is the perfect combination of Mughal and Newari architecture. The exteriors of PaltanGhar is influenced by Mughal architecture with its large, arched windows with tinted glass, while the interiors of the house and chowks are influenced by Newari architecture with Newaria akijhyaals – the difference in the architectural style simply cannot go unnoticed. The main entrance to the structure is known as the Khishi Dhokha. Khishi Dhokha literally translates to ‘a door through which an elephant can enter’. 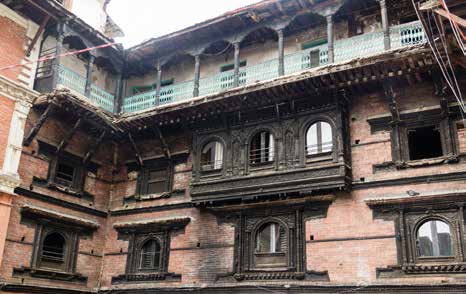 Whether it be an old or new structure, no two buildings look similar, and different chowks have a different ambience to them. While there are only 3 chowks accessible today- Narayan Chowk, Ganesh Chowk and the Kumari Chowk- allegedly 7 chowks connected the whole structure. Pathways to the other chowks have been blocked off and eventually added to a different set. The 7 chowks of Paltan Ghar were integral parts of the structure. Not only did they connect the structure, but also were used as platforms for ‘Kushti’ or wrestling matches.

Paltan Ghar was the first private building, after the Hanuman Dhoka Palace itself, that was allowed to use glass windows. The arched Mughal style windows are placed on the first floor of Paltan Chhe, decorated with the 72 soldiers each marching with muskets. According to some, the paltans are engraved holding different objects to portray individuality of each troop. In the row of soldiers, you can also find that one of them is on a horse, it is assumed that this is the engraving is of Kazi Abhiman Singh Basnyat himself, leading his troops. 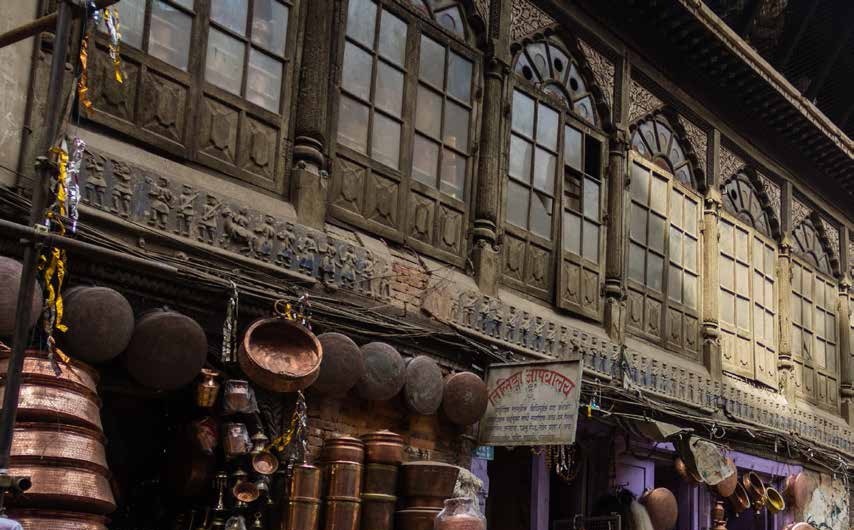 The Baithak or the living room was the most spectacular room of the Paltan Ghar where official meetings with the kings and international delegates were supposedly held. The prized possession of the baithak was a three-piece crystal chandelier brought in from Britain. However, the current whereabouts of the spectacular chandelier is unknown. Most say that it was sold back to the British. Dibya Upadesh, written by Prithivi Narayan Shah, was found in the Baithak of Paltan Ghar and was presented to King Mahendra by the Basnyat Family. 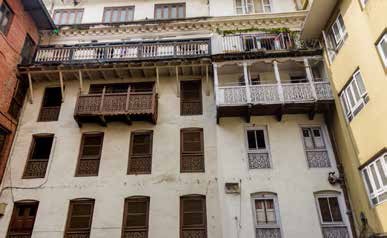 The design of the building permits maximum intake of natural light and breeze , thus cutting down on artificial lighting and cooling requirements.

The Paltan Ghar, which once stood in all its glory, doesn’t look as spectacular as it did before and is now a wreck. Parts of the engraving of the 72 paltans, which was one of the most important parts of the house, have now been destroyed. The Mughal styled stained glass windows are broken and lay in ruin. The inner chowks are degraded with the filth of the current shop tenants. The previously jhingati placed roof is now replaced with CGI sheets. The walls and windows of the inner chowks are degrading, with bricks falling off and graffiti on the walls. The previously extravagant baithak is now a storeroom for the shops inhabiting the house and is divided into sections. Looking at its current state, it is hard to imagine that kings and international delegates used to reside there. 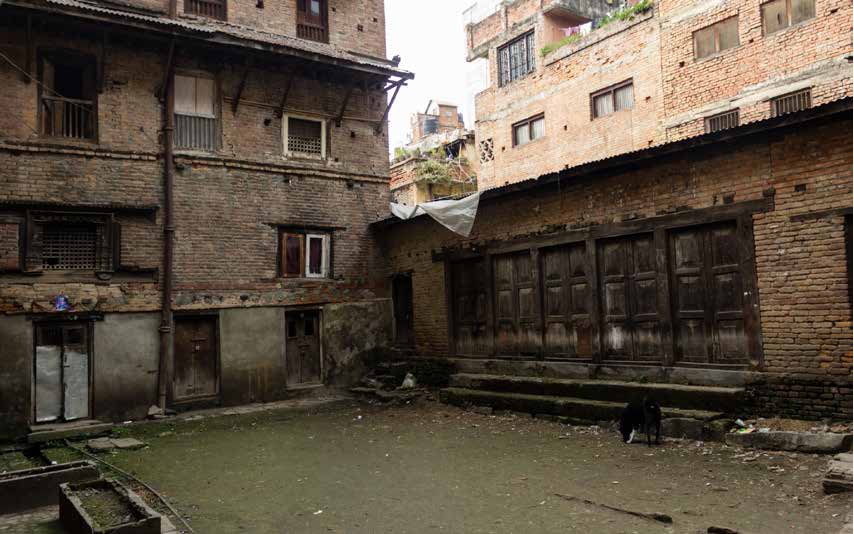 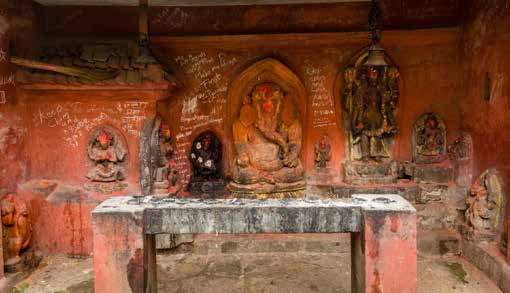 There is no one really to blame for the horrible state that the once spectacular structure is now in. The government has done little to nothing to preserve the building by declaring that no one is allowed to modify or sell the house. It is difficult to do anything to preserve the building because of multiple owners. Such a historical site should be preserved and given the attention that it deserves; it is one of the buildings that tie back to the unification of our country, which is a very important event in the history of Nepal. One of the possible solutions could be to turn Paltan Ghar into a museum. The Basnyats are an important family in historic Nepal and this house can play the role of a Basnyat Family Museum, helping conserve both the family name and historical value of the structure.

SPACES is the solo architecture magazine established in the year 2004, with an aim of promoting Art, Architecture, and Interior of Ancient and Contemporary Nepal. It is a magazine published in keen perseverance to uphold Nepal’s Art , Architecture, Heritage and Interior Designs as well as to provide useful information to the readers regarding current trends and technologies.