Cartoons: Parliament dissolution wreck havoc on the people of Nepal

Proponents of democracy must be hiding in shame, if they had any integrity left. We are experiencing in Nepal what can be called the foregone conclusion of the disease called “Monkey see, monkey do” syndrome. The dissolution of national parliament, twice within three months, can be labeled nothing more than the inability of Nepal’s politicians to rise to the occasion or to understand the fundamentals of a democracy.

Here are some of the cartoons by the renowned cartoonist Rajesh Laxmi Manandhar, expressing the suffering and neglect borne by the people.

One of the themes that stand out about the parliamentary role is the rubber stamp character it functions under in the guise of whip. In real democracy whip should be illegal, if you come to respect the democratic principal. However, the members of parliament of Nepal are incapable of such responsibility to begin with so the affairs of the people might get over their head. That means the best thing to do for such members have been seen time and again as serial nappers.

While the parliament is rendered into decapitated state, the chief executive has been proven to prefer his totalitarian tendencies that loves to negate other leaders around him, while keep fooling the people with his sparkling hollow talks. He has become more powerful than the former king, and naturally the President too have now claimed to be above the rule of law. All this power tussle, infighting and partisanship in brewing in all the parties are making it obvious that all the parties and their leaders care not a penny about the people’s issues and the thousands of deaths from Covid-19. So, even amidst the prohibitory orders in place (a repressive policy consistent with the nature of the parties) they have announced people’s street movement to topple Oli.

So, the best thing that happened during the corona pandemic politics was to prove beyond a shadow of doubt the true nature, pursuit and capabilities of the political actors at the top echelon of Nepal. While the people were tallying up dreadful numbers of daily deaths and infections, the only number the political parties and their masters were concerned was the number 138 required to win the parliamentary majority and hence assure a piece of the state privileges and perks. 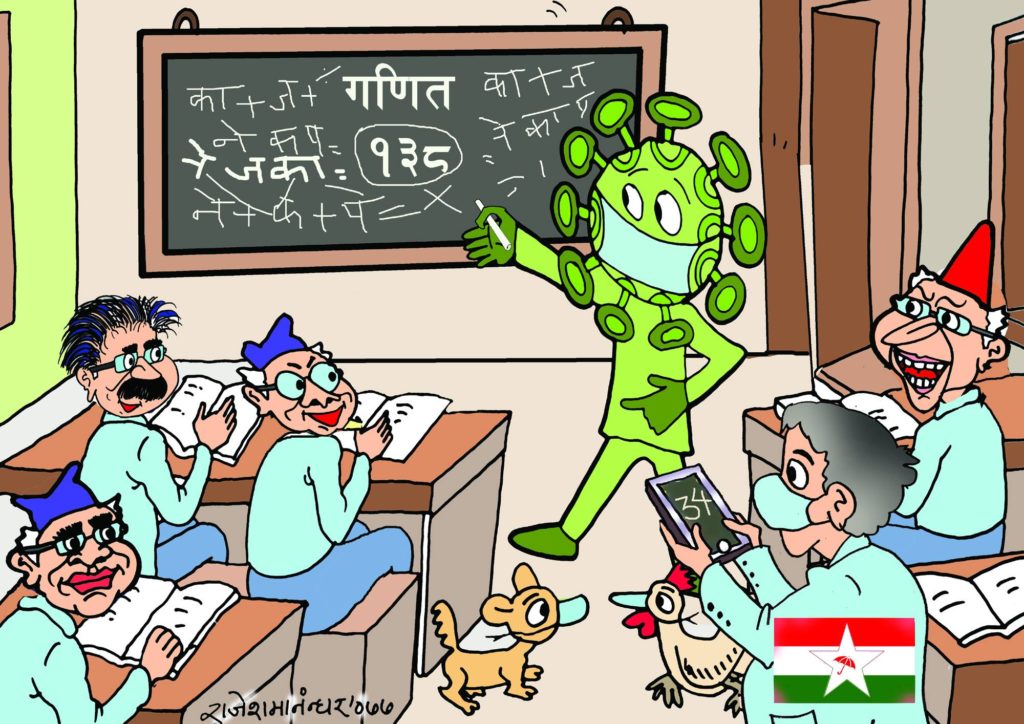 At the end, what counts in any system is for people to feel secure and oneness of their nationality. That has been missing in Nepal ever since the advent of “ganatantra.” The people’s house remains dissolved and the Supreme Court is to give out its decision on 28th of this month. No matter what happens, there is one constant for the people. It is “dukha.” 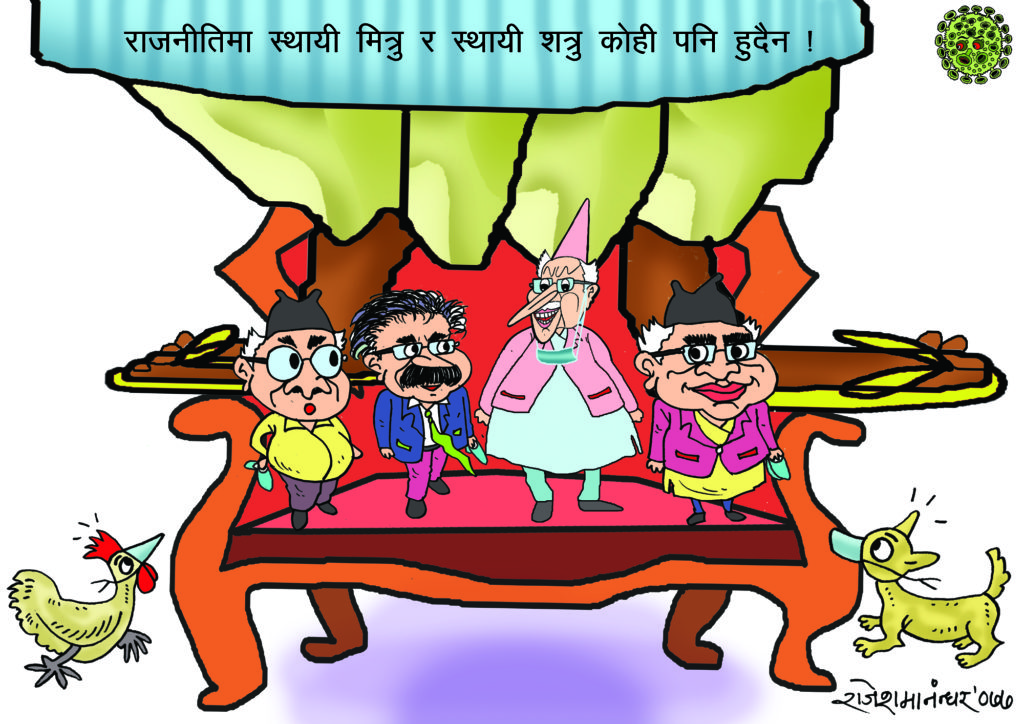 The writer is a graduate of Arizona State University in Political Science. He is working as a social activist and motivational speaker for students across Nepal since 2007.  He has how own blog “Strong Nepal.” 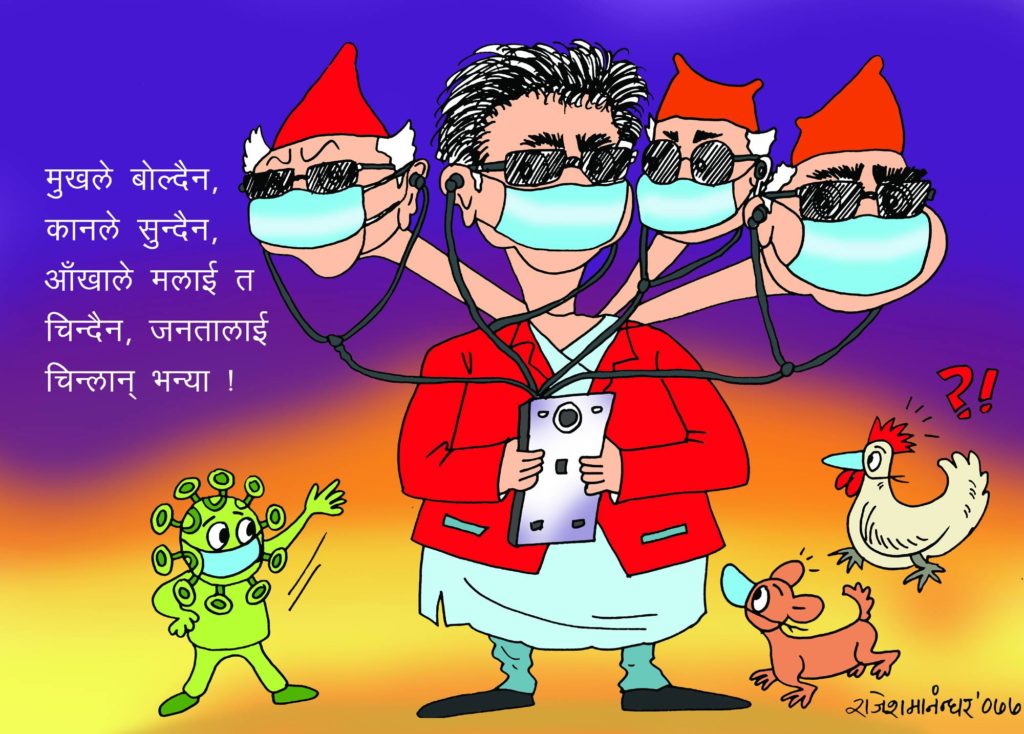 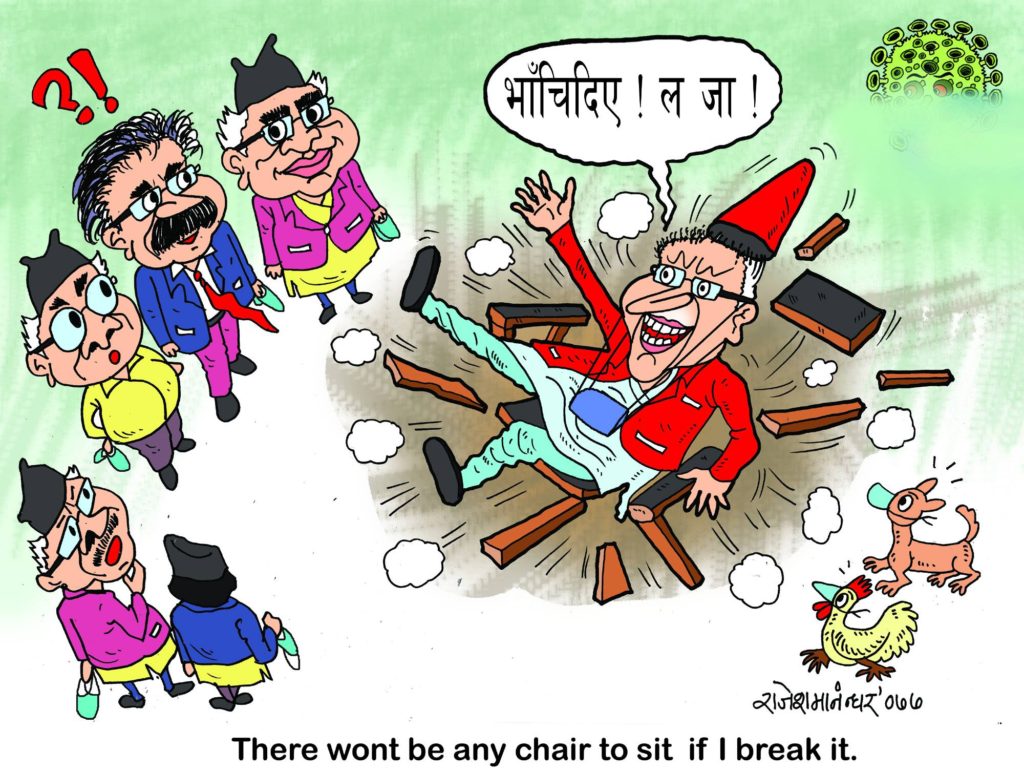 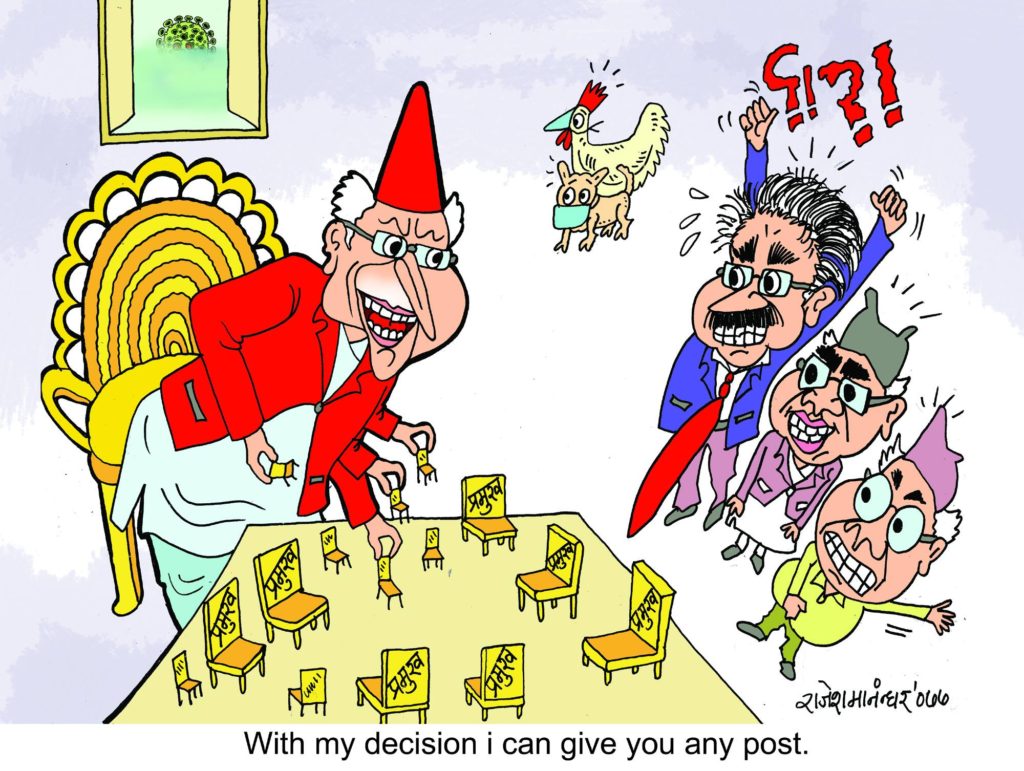 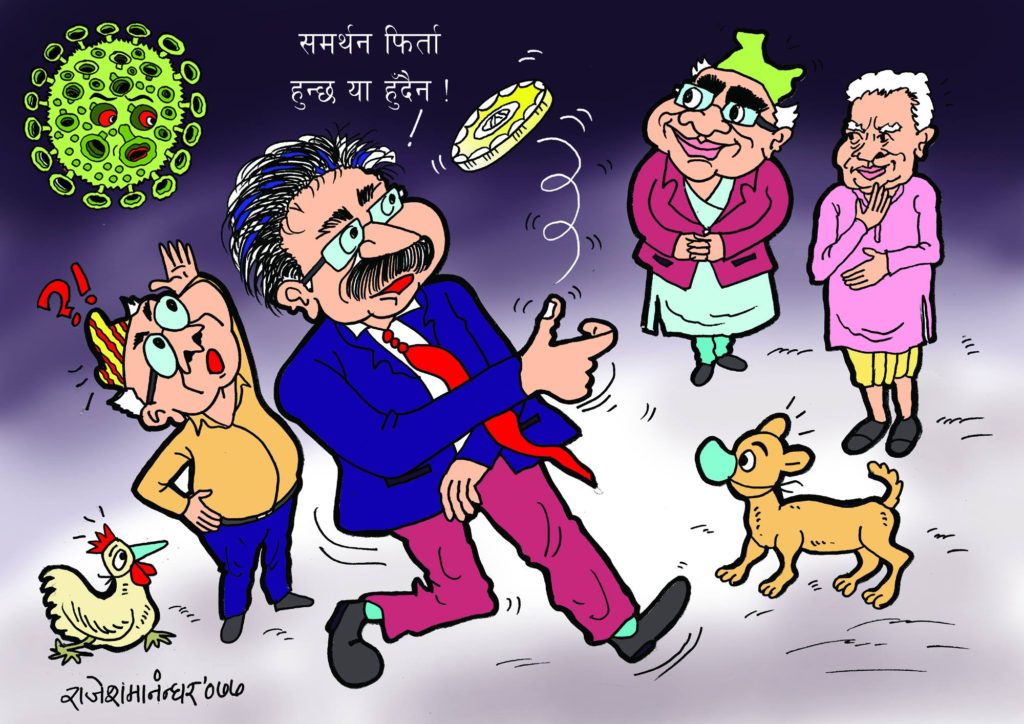 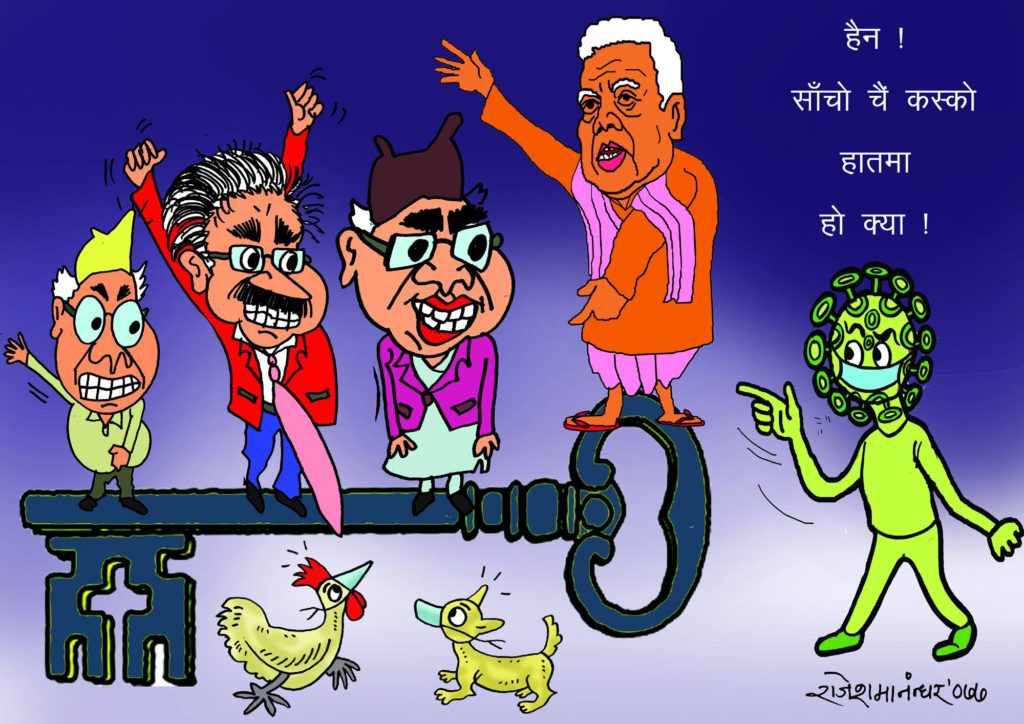